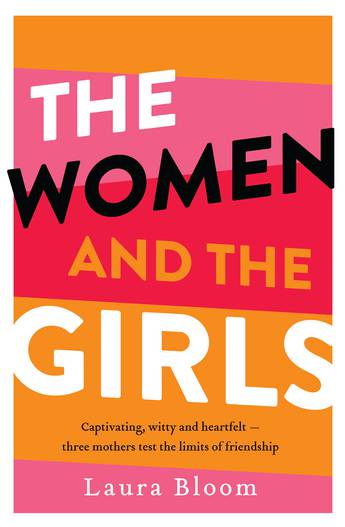 The Women and the Girls (Laura Bloom, A&U)

The Women and the Girls follows three mothers as they walk away from their unhappy marriages and move their children into a share house in Sydney. Against a backdrop of 1970s misogyny Libby, Anna and Carol find new ways to navigate motherhood and friendship. In this lighthearted novel, Laura Bloom rejects the traditional rom-com, opting to instead follow a more contemporary journey of self-reckoning as each of the women discovers who they are when they are no longer defined completely by ‘wife’ or ‘mother’. The narrative moves quickly—on the same night that Carol decides to leave her threatening, overbearing husband, Anna discovers that hers is gay and Libby has a lightning-fast confrontation with her own marital dissatisfaction that also sees her running out the door. This narrative construct aside, it is refreshing to see who these women become in each other’s presence. The changes in the way they see each other and themselves will be familiar to all who have found comfort and belonging in the presence of a chosen family rather than a prescribed one. The subplot involving the shifting friendships between their children adds a level of complexity to Libby, Anna and Carol’s choices and interactions with each other, although their individual stories perhaps need more room to play out. At times Bloom’s observations about the way that wives and mothers were and are treated by society are articulated in a way that reads too contemporary for the novel’s 70s setting, but these observations are also a large part of the book’s appeal. Fans of Liane Moriarty will enjoy this friendship-driven romp.

Bec Kavanagh is a Melbourne writer and academic and the schools programmer at the Wheeler Centre.