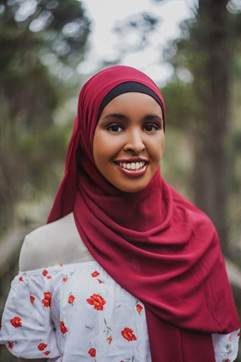 HarperCollins Australia and Kathryn Heyman of the Australian Writers Mentoring Program have announced Naima Ibrahim as the winner of the 2020 Heyman Mentorship Award.

Ibrahim’s winning fiction manuscript follows 10-year-old Somali–Australian girl Aysha, who is detained in Villawood Detention Centre along with her mother and brother, having fled the Somali Civil War of 1991. As Aysha’s mother’s mental health declines, Aysha becomes desperate to devise a plan with her friends to escape.

‘My ambition is to create a book that will highlight the complex experiences of migrants and refugees—particularly their boldness, determination, loss and triumph,’ said Ibrahim. ‘My hope is that this book will resonate with people who have felt their experiences are often shut out or left on the outskirts of what is normally presented in Australian literature.’

The Sydney-based writer has previously been shortlisted for the Monash Prize in Creative Writing, longlisted for the Liminal Fiction Prize and was winner of the Zinewest Writing Awards. Her work has appeared in Collisions, Red Room Poetry, Sweatshop Women: Volume One, This Little Red Thing and ZineWest’19.

Ibrahim receives six months of mentoring from Kathryn Heyman, under the auspices of the Australian Writers Mentoring Program, followed by a full editorial report from HarperCollins Australia head of fiction Catherine Milne, with HarperCollins having first option to publish the work.

Ibrahim said she is grateful for ‘this deeply meaningful fellowship. Growing up as a refugee on the “wrong” side of Sydney meant that the idea of being a writer, let alone being given the space to tell my story, was a far-fetched notion.’

Now in its second year, the Heyman Mentorship Award is for a writer over 26 years of age from a background of social or economic disadvantage who is writing full-length prose which engages in some way with issues of class and economic disadvantage. This year is the first time that Heyman has partnered with HarperCollins to deliver the award.