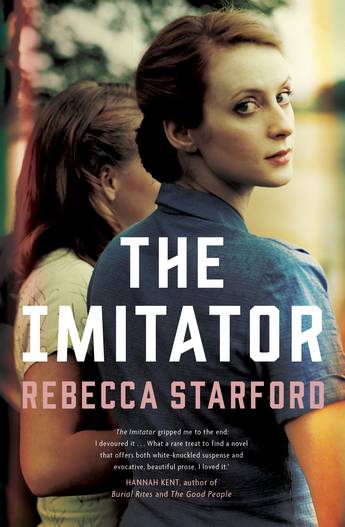 Rebecca Starford’s debut novel is a beautifully written espionage thriller that bookends the world-changing period of WWII. Its meticulously researched narrative draws the reader into the early life of Evelyn Varley, a young Englishwoman who is recruited into the very centre of the Phoney War, the silent battle waged by intelligence agencies before the escalation of events in May 1940. The novel then propels you to the end the war, during the aftermath of a battle waged on a country and her people. You meet a version of Evelyn who is battle worn and weary. The pace of the novel is drawn out until the reader is suddenly jettisoned into the thrilling climax of the story. Evelyn’s tale perhaps concludes too quickly; more time devoted to the intervening years of the war would have given this reviewer a bit more satisfaction at the end. However, Starford creates a well drawn character and story that highlights the emotional, physical and social toll that hiding one’s true self can have on an individual, particularly during a time of unrest, uprising and suspicion. The Imitator explores the act of betrayal—of your enemy, your family, your country and yourself—and the devastating effects that last well after the war is won.

Kate Frawley is a bookseller and manager of the Sun Bookshop.