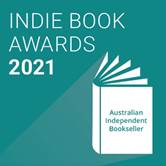 For the first time, all Australian independent bookstores can nominate for the Indie Book Awards.

Independent bookstores who wish to participate can register their interest on the Indie Book Awards website here.

Head of books at Leading Edge Retail Leanne Kadareanu said 2020 ‘has been a year like no other’. ‘Amidst the uncertainty and ever-changing retail environment, we have been constantly amazed at the resilience and positive attitude independent booksellers have shown through turbulent times. Amongst the chaos, there has been an amazing array of Australian titles published that booksellers continue to champion and promote to their loyal customers.’

A longlist of 60 titles will be announced on 9 December, with the shortlist to follow on 20 January 2021 and the winners to be announced at a virtual awards event on Monday, 22 March 2021.

The overall winner of the 2020 awards was There Was Still Love (Favel Parrett, Hachette).