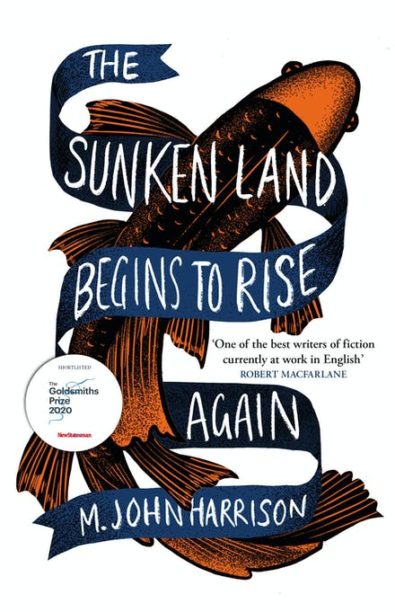 In the UK, M John Harrison has won the £10,000 (A$18,165) Goldsmiths Prize for The Sunken Land Begins to Rise Again (Gollancz), reports the Bookseller.

Harrison’s novel is described as ‘a genre-blurring tale of broken life in Brexit Britain’. Chair of judges Frances Wilson said: ‘M John Harrison has produced a literary masterpiece that will continue to be read in 100 years’ time, if the planet survives that long.’

Harrison has described his book as ‘a story of lovers so self-involved, they not only fail to make a relationship but also fail to notice a mysterious political takeover going on around them’. ‘It’s a novel about conspiracy theory in which you can’t tell what’s theory and what’s real. It’s set in the UK now and it refers to the UK now. It isn’t science fiction or folk horror or psycho-geography, but it contains parodic elements of all three, and more.’

The Goldsmiths Prize was established in 2013 to reward British and Irish fiction which ‘breaks the mould or extends the possibilities of the novel form’.

Last year, the prize expanded its eligibility criteria, allowing authors of any nationality to enter, as long as they have resided in the UK or the Republic of Ireland for three years or more. The 2019 prize was awarded to Scotland-based American writer Lucy Ellmann for her novel Ducks, Newburyport (Text).

For more information about the Goldsmiths Prize, visit the website.