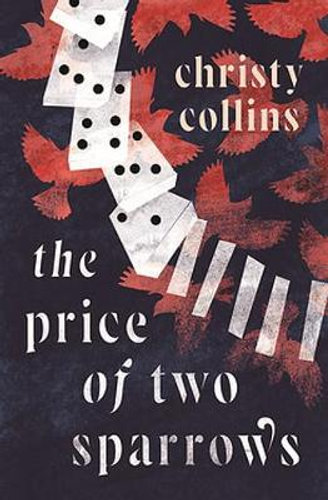 Christy Collins’s The Price of Two Sparrows is an elegantly structured study of migration and community in Australia. A burgeoning Muslim community on the outskirts of Sydney has made plans to build a mosque on edge of a nature reserve. Meticulously designed following extensive consultation, the building is to serve as the community’s centre. But the plans stall on the verge of approval when local ornithologist Heico Brandsma tells a journalist that the building could disrupt the migratory pattern of a bird species he is studying. In doing so, Heico unwittingly becomes the focal point of to the mosque, providing a respectable veneer for the hatred many white people in the community feel towards Muslims in a deeply paranoid post–9/11 Australia. The power of Collins’s novel comes from how she takes this central concern and replicates it at different levels throughout the text, resulting in a satisfying series of resonances between the novel’s various perspectives. The characters converge around Heico’s resistance to the mosque, but each character also similarly struggles with resistance to change—within marriages, careers and communities that are disrupted by the introduction of something unexpected. Reminiscent of The Slap in its thematic echoing and similar to Don DeLillo’s later plays and novellas in its use of sparse natural metaphors, this novel would be well suited to a thoughtful book club or an Australian literature syllabus.

David Little is a bookseller at Readings Carlton.