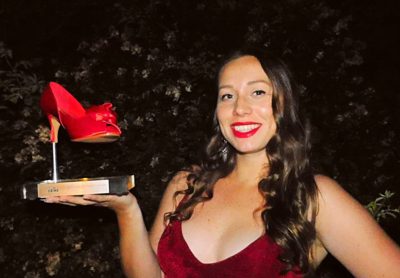 The winners of the 2020 Scarlet Stiletto Awards, presented by Sisters in Crime, have been announced.

Bermagui, NSW–based writer Jessica Southern-Reid won the $1500 first prize for her story about women pilots in World War II, ‘Death in The Skies’, which also took out the History with Mystery Award ($750).

Second prize ($1000) went to West Swan, WA writer Cheryl Rogers for her story ‘Monitor’, set during the Spanish flu pandemic following WWI. Rogers’s story also took out the Crime and Punishment Award ‘for the story with the most satisfying retribution’, for which Rogers receives a three-month residency in Old Melbourne Gaol. Third Prize ($500) went to Veronica Lando from Ashgrove, Qld for her story ‘A View for Tea and Biscuits’, set in a retirement village.

L J M Owen scored a hat trick at the awards, with her story ‘The Wrong Verdict’ taking out the $800 Forensic Linguists Award ($800) as well as Best story with a Disabled Protagonist ($300), while ‘House of War’, by the same author, won the Great Film Idea prize ($200).

Other awards presented at the online event were:

Chosen from a record 241 short stories, the winners were announced at an online event hosted by actor Nadine Garner, who also launched  Scarlet Stiletto: The Twelfth Cut, a collection of winning stories from this year’s competition.