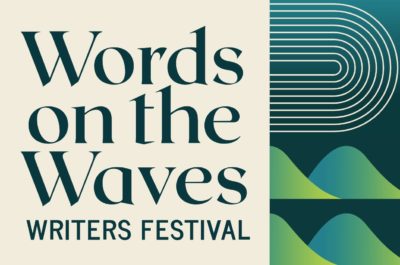 The first guests have been announced for the inaugural Words on the Waves Writers Festival, a new literary event that will take place in Umina Beach on the Central Coast of New South Wales on 12–13 June 2021.

The festival has announced the line-up for the all-day schools program, which will take place on Friday, 11 June and is themed ‘Youth as Warriors of Change’. Guests for the schools program include Ursula Dubosarsky, Oliver Phommavanh, Dub Leffler and Kirli Saunders.

‘With a council population much larger than Byron Shire, but with a similarly spectacular landscape, the region is calling out for a writers’ festival,’ said the event’s organisers. According to the organisers, Words on the Waves is the  ‘first writers’ festival of its scale and calibre to take place in the Central Coast’, and ‘aims to become an annual institution for both community members and visitors from across NSW and Australia’.

The full Words on the Waves program will be announced on Saturday, 27 March. For more information, see the website.