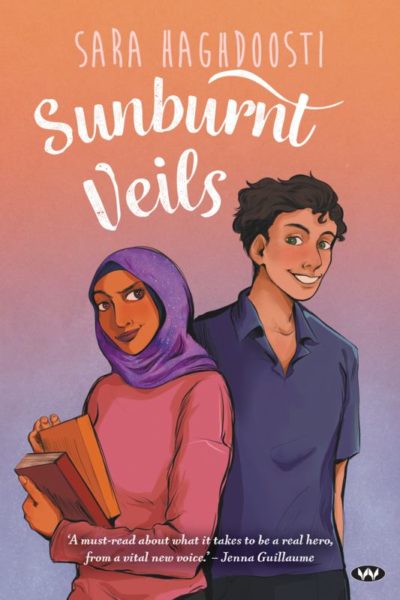 Sunburnt Veils is a debut Own Voices novel that feels very relevant, and author and political activist Sara Haghdoosti’s voice is fresh and edgy. At times it is uncomfortable to read because Haghdoosti doesn’t shy away from taking a political stand and exposing the harsh realities of racism, such as when the novel’s protagonist, Tara, joins her university’s union after her backpack is called in as a bomb threat by a fellow student. However, the politics is perfectly balanced with witty prose, a coming-of-age romance, a diverse cast of authentic and engaging characters, and a range of savvy pop-culture references (from Buffy to Sarah J Maas and other iconic fantasy series that Tara loves). It is refreshing to read a #LoveOzYA novel set in Sydney and not Melbourne, especially for the references made to familiar Inner West locations such as Newtown and Sydney Uni. While the novel’s main events relate to university, high school readers will still find a lot of the themes accessible—the characters are fresh out of year 12 and figuring out how to navigate adulthood. Sunburnt Veils is an insightful and powerful exploration of what it’s like growing up in a minority group and being constantly pigeonholed as something you’re not. It is also about finding power in what makes you feel scared or angry and using your voice to create change.

Freelance reviewer Mischa Parkee is a bookseller, primary school teacher and YA enthusiast.