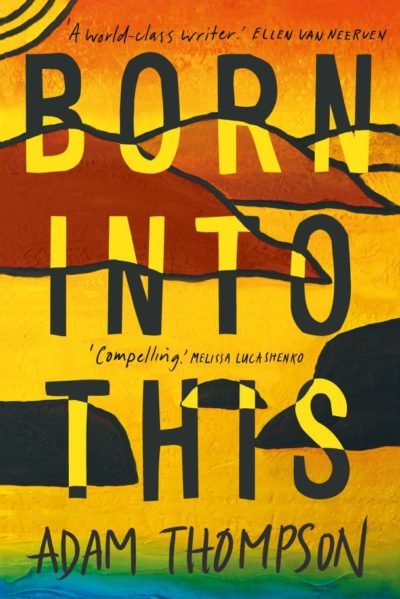 In this issue of Think Australian we asked Australian publishers and literary agents to nominate their most promising new authors, whose debut or second books would appeal to an international readership.

For international publishers looking for the next Jane Harper or Michael Robotham, there’s no shortage of new Australian crime fiction and thriller writers to consider.

Lyn Yeowart’s debut The Silent Listener is a literary suspense novel set in the ‘dark, gothic heart of rural Australia’, which travels between the 1940s, 1960s and 1980s. Represented by Jacinta Di Mase Management and recently published in Australia by Penguin Random House, it has already sold via pre-empt to Joffe Books in the UK, Presses de la Cite in France and Eskmo in Russia.

Things We Thought Would Burn by Hayley Scrivenor, represented by Left Bank Literary, is a ‘stunning debut Aussie crime novel about a missing girl, a dying town, and a summer that will change everything’. Auctions have closed in Australia, North America and the UK, and the title is currently under offer in multiple translation territories via The Marsh Agency.

Clare Moleta’s debut thriller Unsheltered will be published by Scribner in Australia and New Zealand in May, with world rights (ex ANZ) available from Jenny Darling and Associates. ‘Against a background of social breakdown and destructive weather, Unsheltered tells the story of Li, a woman who never wanted to bring a child into this world but now that her eight-year-old daughter is missing will stop at nothing to find her.’

When Lucie receives a note from a man she thought was killed in the 9/11 attacks, she wonders if her long-dead lover could have staged his own disappearance, if someone else is stalking her, or if her vivid imagination is playing tricks? Sarah Hawthorn’s debut A Voice in the Night (Transit Lounge, July) is ‘an addictive thriller of twists and turns’ set in London, New York and Sydney.

Fremantle Press is well known for its crime fiction list; among its promising new titles in 2021 is Karen Herbert’s debut The River Mouth, which explores the reopening of a cold case investigating the death of a 15-year-old boy in a small town full of secrets. CEO and rights manager Jane Fraser describes it as ‘pure outback noir’.

Karen Manton’s ‘literary gothic’ novel The Curlew’s Eye will be published by Allen & Unwin in Australia and New Zealand in September, with world rights (ex ANZ) available from Melanie Ostell Literary. ‘This startling, wildly atmospheric debut set in the tropical Top End focuses on how couple Greta’s and Joel’s traumatic pasts rush to greet and haunt them both,’ says Ostell. ‘It is also a love letter to family, to land, to home—and to the power of the imagination and storytelling, especially that of fairy tales.’

Hannah Bent’s literary/commercial fiction debut When Things Are Alive They Hum (August) has been selected as one of the launch titles for the new Australian publisher Ultimo Press, with world rights (ex ANZ) available from Left Bank Literary. It’s pitched as ‘a heartbreaking and joyous work about two sisters and the lengths they will go to to save each other’.

Michael Mohammad Ahmad’s second book The Other Half of You (Hachette Australia, June) takes the form of a series of letters written by a father to his son, in which he ‘recounts the events and failed relationships that led to his unlikely union’ with his son’s mother. ‘This is a warm and timely novel about the complexities of balancing modern love with the demands of family, tradition and faith,’ says Hachette Australia head of rights Sarah Brooks.

Several ambitious, exciting memoirs from up-and-coming Australian writers will be published in the first half of the year.

What is it like to survive a crash that kills your best friends, and how do you move on? Debut author Lech Blaine’s Car Crash: A Memoir (Black Inc., April) is pitched as ‘a stunning memoir about grief, perseverance and courage’, and comes with rave reviews from Tim Winton and Trent Dalton. World English-language rights (ex ANZ) have been sold to Greystone Books.

Writer and artist Anwen Crawford’s No Document (April) is a book-length essay that ‘explores loss in many forms: disappeared artworks, effaced histories, abandoned futures’. Giramondo associate publisher Nick Tapper says: ‘No Document is an elegy for a friendship and artistic partnership cut short by death. The memory of this collaboration becomes a model for how we might relate to others in sympathy, solidarity and rebellion.’

Black Inc. has high hopes for two new nonfiction titles that reimagine life after Covid. Recovery: How we can create a better, brighter future after a crisis by Andrew Wear (September) examines what we can learn from other ‘recoveries’ in history—world English-language rights (ex ANZ) have sold to Legend Times imprint Hero Press; while Full Circle: Power, hope and the return of nature by the former Australian Greens deputy leader Scott Ludlam (May) explores examples of environmental and democratic change from around the world, and is pitched as a ‘a visionary book for our wild times’.

Two academics will release their first books for a general audience with Exisle Publishing this year. The Cancer Companion by Toni Lindsay (May) is a ‘compassionate, down-to-earth guide’ to managing the emotional impact of cancer; and A Well Mind by Lisa Parkinson Roberts offers a ‘comprehensive, accessible overview of nutrition advice’ to support mental wellbeing.

Ross and Rachel Menzies’ Mortals is a ‘rigorous and readable account from a father–daughter academic duo about how humanity’s fear of death shaped human culture’. Represented by Left Bank Literary, it will be published by Allen & Unwin in Australia in August and is ‘soon to be out on submission in the US and UK’. ‘We’re looking forward to seeing how the timely topic of “death anxiety” travels in other territories,’ says rights manager Rebecca Slater.

The Curiosities is a debut picture-book collaboration between writer Zana Fraillon and illustrator Phil Lesnie (August). Hachette’s Sarah Brooks describes it as a ‘lyrical and moving story, about a little boy who sees the world differently, centring on important themes of creativity, curiosity and neurodivergence’. ‘I’m hoping this will strike a chord with those publishers looking to be more inclusive in their publishing,’ says Brooks.

Sandhya Parappukkaran’s debut picture book The Boy Who Tried to Shrink His Name tells ‘a warm and uplifting story about celebrating our differences and showing us no-one should ever have to shrink down to fit in’. It will be published in 2021 by Hardie Grant Children’s Publishing’s new illustrated imprint Bright Lights, which explores themes of privilege, race, equality, the environment, bodies and gender for young readers.

Follow Your Feelings: Sad and Follow Your Feelings: Worry by Kitty Black and Jessica Rose are the first two books in a new picture-book series of stories about small people with big emotions, published by Affirm Press. ‘This is the emotional literacy series for the modern family, reminding families that all emotions are valid,’ says acting publicity manager Laura McNicol Smith.

­­Cookie—a new picture book that follows a mischievous pup and his girl as they play together—is ‘a sensitive exploration of childhood depression and anxiety, and a tribute to the wonderful love between a pet and their person’. It’s written by 19-year-old debut author Isabelle Duff, illustrated by Susannah Crispe and published by Exisle Publishing.

Walker Books’ publicity manager Maraya Bell describes Myo Yim’s debut picture book Rajah Street as a ‘quiet burn of a book’. It follows a little boy who watches the goings-on in his street as he waits for the garbage truck to come. ‘Myo Yim has created an out-of-the-window world viewed through the enquiring eyes of Junya, a most memorable character,’ says Bell.

Ford Street publisher Paul Collins is ‘particularly enthused’ to be publishing Fr­ankie Goes to Kindergarten by debut authors and kindergarten workers Peta Baxter and Connie Hemmens, illustrated by Marjory Gardner. ‘Dog-themed picture books have a universal appeal. Universal, too, is the need for parents to excite their child about their forthcoming kindergarten experience,’ says Collins.

There are more canine adventures for younger readers in Kate and Jol Tempol’s new junior fiction series ‘The Underdogs’ (May), which follows an unlikely duo as they sniff out baddies and dig up clues to solve mysteries. ‘Illustrated, action-packed and filled with laugh-out-loud silliness, it’s guaranteed to engage even the most reluctant readers,’ says Hardie Grant Children’s Books rights manager Joanna Anderson.

Paws is a middle-grade book from debut author Kate Forster (April) in which 11-year-old Alex, an autistic boy, overcomes his fears about starting high school with the help of his beloved dog. ‘Few authors have captured the special relationship between a boy and his dog the way Kate has,’ says Walker Books’ Maraya Bell. ‘She gets under the skin, finds the emotional heart and shows what true friendship looks like.’

Stars in their Eyes is a debut graphic novel for middle-grade readers by Jessica Walton and illustrator Aska (Fremantle Press), set at a fantasy fiction convention and featuring disabled, queer characters. The premise: ‘Maisie meets Ollie, and they have an instant connection. Their story captures the realities of life in able-ist society and the joys of first love.’

Allen & Unwin has high hopes for The Boy from the Mish, a ‘heart-warming, queer Indigenous Own Voices YA love story by a bold new voice, Gary Lonesborough’, and has already sold North American English rights to Scholastic. It follows 17-year-old Jackson over a hot summer on the Mish (a former Mission) and his relationship with the mysterious newcomer Tomas.

Henry Hamlet’s Heart by debut author Rhiannon Wilde (UQP) is another queer YA romance with international appeal. It follows Henry Hamlet in his final year of high school and ‘his sometimes hilarious, sometimes heartbreaking journey to love’. ‘Film producers are already falling in love with Henry and Len—we expect even the most hard-hearted international YA publisher won’t be able to help themselves either,’ says UQP’s Kate McCormack.

Another YA debut to watch is Sara Haghdoosti’s Sunburnt Veils (April), a ‘smart, funny, character-based exploration of Islamophobia through a heroine who’s the kind of girl who reads at parties, but pushes herself to take a stand after a fellow student calls in a bomb threat on her first day of university’. It’s published by Wakefield Press in Australia, New Zealand and the UK, with world rights (ex ANZ and UK) held by Jacinta Di Mase Management.