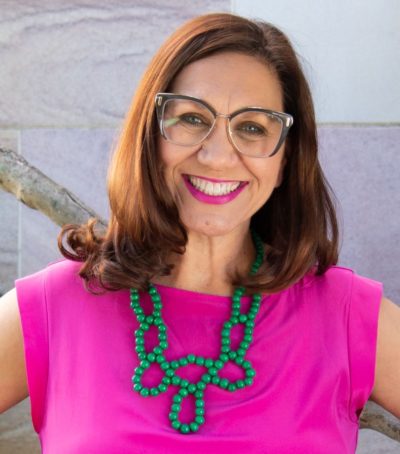 Anita Heiss’s new historical novel Bila Yarrudanggalangdhuray (S&S, May), the first Australian commercial fiction release to feature the title on the cover solely in an Aboriginal language, follows protagonist Wagadhaany, a survivor of the flooding of Gundagai in 1852, as she navigates love, loss and belonging during the early days of white settlement. Reviewer Joanne Shiells, who said Heiss’s novel deserves to be read by all fans of Australian general and historical fiction, spoke to the author.

A valuable feature of this book is this way it seamlessly intertwines words from the Wiradyuri language with English, making them easy to learn. To what extent was this a deliberate strategy?

It was completely deliberate. I wanted to include as much language as possible, as a way of reclaiming the original language of Gundagai and Wagga Wagga. It is a means of documenting Wiradyuri language in Australian fiction and, for me, using language as an empowering act of sovereignty.

It’s also important for readers to understand that every language other than the original languages and dialects of Australia is an introduced language. Everywhere you walk in Australia, every part of this country, has an original language that exists or existed at the point of first contact.

The 2020 United Nations International Year of Indigenous Languages highlighted the need to protect languages globally, and Bila Yarrudanggalangdhuray is my very small contribution to that process.

Some of the events in the book, such as the flooding of the Murrambidya (Murrumbidgee) River, are historically documented. How did you come across your first glimmer of the idea for the book?

Gundagai and its surrounds are Wiradyuri country, and I have family connections there (including Brungle, which features in the novel). I was aware of the unveiling of the statue of the heroes Yarri and Jacky Jacky in 2017, on the 165th anniversary of the flood. And I thought at the time, how is it possible that the whole country is not aware of one of the greatest natural disasters in Australian history, and why has it taken so long for national recognition for these two Wiradyuri men?

When I decided to write an historical novel set on Wiradyuri country, I immediately thought that I had to start the story with the heroism of the great flood and then take the narrative down river to Wagga Wagga where I was learning my language with other Wiradyuri people.

Alongside the turmoil of human behaviour in the novel flows the ancient and powerful presence of the river: giver and taker of life and demanding of respect. In what ways has modern society lost touch with the rhythms of nature and how can these connections be renewed?

That’s a really good question and it took me, a proud city slicker who only wants to camp under five stars, to stand in flood plains, to swim in the Murrambidya and indeed row in the river in Gundagai, to better understand, appreciate and learn to listen to the land and waters and what it offers us as humans who so often take without consideration of the consequences.

I think many forget that tar, concrete and buildings have covered up so much of our sacred land, that for tens of thousands of years was nurtured and cherished by Aboriginal people—our ancestors. It’s easy to forget the significance of land until you enjoy what it offers outside the city limits.

The pandemic has prevented many authors from touring, appearing at writers’ festivals and promoting their books. How has this affected your interaction with readers and do you see it having an impact on the future of book promotion?

I actually loved doing online events during Covid and found that many more readers were able to attend events as they could do it while eating dinner and with their families, from weekly ‘Storytime with Aunty Nita’ sessions with Moreton Bay Regional Libraries to being in conversation with Ellen van Neerven for the launch of their new collection of poetry Throat (UQP).

I also launched the new edition of Who Am I? The diary of Mary Talence (Omnibus Books) online. I was in Where the Wild Things Are in [Brisbane’s] West End, my guest readers—students from UQ—were in Avid Reader next door, and professors Fredericks and Bunda from UQ were in their homes. We had an amazing conversation and at the end of proceedings I did a live book signing as people ordered while they watched. I thought, why haven’t we done this before? I will absolutely include online elements of future events where possible as I am also a member of an American-based Black Writing community and it means they can participate as well.

What projects are you working on now?

I am currently working on the stage adaption of my novel Tiddas (S&S) for La Boite theatre. It’s challenging but I am learning so much about an artform I have only ever enjoyed as an audience member.

I am also working with Elders in Wagga Wagga on documenting their stories for Growing Up Wiradjuri to be published by Magabala Books. Also, with Magabala is a new novel for young readers. Plus, as we head into the 10th anniversary of the release of Am I Black Enough for You? (Bantam) I am working on an updated edition of that with Penguin Random House.