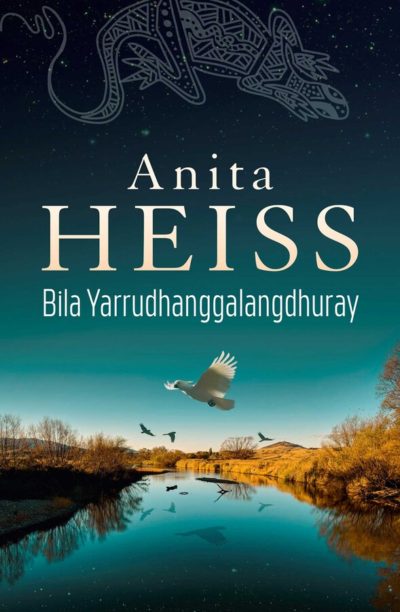 Exploring themes of family, belonging, courage, equality and heartache, this important new historical novel from Anita Heiss raises awareness of First Nations perspectives on the early days of white settlement and helps to protect a language. Heiss cleverly interweaves words from the Wiradyuri language with English such that after a few repetitions and with clear context the reader can easily absorb their meanings—a brilliant tactic. The inclusion of Indigenous words in fiction won’t be unfamiliar to readers of books like Tara June Winch’s The Yield, and Heiss’s novel will draw inevitable comparisons. However, it is a somewhat lighter read, focused on one narrative led by protagonist Wagadhaany, a young Wiradyuri woman forced to work as a servant for a wealthy farming family in 1850s Gundagai and Wagga Wagga. Through this setting, Heiss explores the exploitation of Aboriginal workers, the forced relocation of Indigenous people from their homes to missions, and the impact of racism and the concept of terra nullius on the local tribes. She artfully contrasts life in the white towns with the communality and connection with nature of the Aboriginal camps by the river, particularly through relationships, food and parenting. The flooding of the Murumbidya (Murrumbidgee) River is memorably drawn and based on true events. I loved this book and its worthy aims; it deserves to be read by all fans of general, historical and Australian fiction.

Joanne Shiells is an English teacher and former editor of B+P. Read her interview with Anita Heiss about Bila Yarrudhanggalangdhuray here.