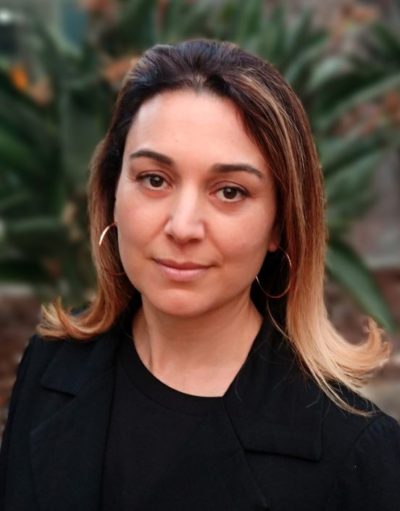 Lisa Emanuel on ‘The Covered Wife’

Lisa Emanuel’s 2019 Kill Your Darlings Unpublished Manuscript Award–shortlisted debut The Covered Wife (Pantera, June) centres on Sarah, a lawyer whose new relationship leads to involvement with an oppressive and potentially dangerous religious commune. Reviewer Scott Whitmont said Emanuel’s impressive debut is a perfect book club choice for discerning readers, examining how an individual could allow themselves to become devoted to extreme fundamentalism. He spoke to the author.

In The Covered Wife you examine the theme of cult-like religious practice. At what point does orthodox devotion and religious passion turn into disturbing and possibly dangerous fundamentalist extremism? How is one distinguished from the other?

That’s a theme I was very interested in exploring.

I don’t think there’s a fixed, readily identifiable line, with benign religious devotion on one side and dangerous fundamentalist extremism on the other. Rather, I think there’s a continuum, with distinctions that shift and blur depending on the circumstances. When writing The Covered Wife, I was especially interested in the murky area in the middle: When does joyful devotion turn into something darker? What circumstances might precipitate a community wilfully moving from one to the other? What could the fall-out of such a transition look like?

In The Covered Wife, things shift. In the beginning, adherence to the religious laws is a matter of personal choice, at least outside the communal sphere. Later, the laws and their application are re-interpreted and rigorously enforced by the group’s leadership as tools of repression and control, particularly of women. Questioning is silenced, non-conformity is punished, and the community isolates itself from the outside world. To me, it is this enforcement of the rules by threat of punishment or exclusion, and the division of the world into ‘us’ and ‘them’, that moves the community into something far darker and more sinister.

Despite being a highly educated, independent professional woman, Sarah, the protagonist of The Covered Wife, gradually allows herself to accept restrictions that diminish her personal freedoms, both mentally and physically. What drives intelligent, mentally healthy people to blindly follow cult leaders?

Few people set out to blindly follow cult leaders, and Sarah certainly doesn’t. Initially, she sees her adoption of orthodox Jewish practices to be expanding rather than diminishing or restricting her world. The rules and the ritual around them provide structure and meaning to her life, as well as the sense of belonging she’s always yearned for.

In my experience, many people—including intelligent, highly educated and functional people—find benefit in submitting to rules and restrictions, particularly when these have a communal aspect. While some of us are lucky enough to move through the world with relative ease despite its darker and unknowable facets, others of us struggle. In fact, one could argue that those who are the most perceptive and sensitive to the broader human condition feel its messiness the most. In this context, it can be deeply reassuring to have a set of rules by which to live, whether they are based on religious practice or something else. Whether these people truly believe they have ‘the answer’ becomes almost irrelevant. It is enough to have found a way of living that makes them feel more included, more useful and more certain.

For Sarah, there are a number of drivers that cause her to turn her back on her secular life and follow Menachem and Chani to the Blue Mountains, not least her love for Daniel. It is only later, when her sense of worth and agency has been thoroughly undermined, that she becomes increasingly susceptible to the influences of what has become a cult. It is not that she stops questioning, but rather that she pushes her questions away and diminishes the value of her own mind against the teachings of the group and its leaders. The human psyche can be fragile, and intelligence does not make one immune to gas-lighting and psychological manipulation and abuse.

To what extent does a lonely individual being able to feel like an accepted member of a cohesive social group provide the justification or motivation for self-sacrifice?

At its heart, The Covered Wife is about loneliness and the alienation of modern life. Although Sarah has all the outward signs of success, she feels deeply alone and longs to feel part of something bigger—a couple; a large and loving family; a caring community. Many of us submit to rules in order to belong—whether in our relationships, our work, or as members of broader society. However, in the modern world, where the individual is paramount and we are told that personal happiness and self-fulfilment is the ultimate goal, these connections can feel fleeting and unsatisfying.

For Sarah, the need to belong is acute. Due to her upbringing and natural reserve, she has always felt apart. The communal aspect of orthodox Judaism is deeply attractive to her, so much so that, initially at least, she sees her adoption of the rules and restrictions as an opening up of her life rather than a closing down or self-sacrifice.

Have you personally observed incidences or situations of religious extremism that have inspired or influenced you in the writing of The Covered Wife?

The Covered Wife is a work of fiction, its characters are imagined, and I have no personal experience of the kind of extreme Jewish cult it depicts in its latter stages.

I do, however, have many examples of friends, relatives and acquaintances who have chosen to move from a mostly secular lifestyle to a strictly orthodox Jewish one. I have also had many experiences with rabbis and rebbetzins who reach out to such people. I have seen this in New Zealand, where I grew up, in Australia, where I have settled, and in Israel, where I studied and worked. I also saw aspects of it while travelling and volunteering in India. While my experiences in this regard are predominantly of the Jewish kind, this type of journey is found in many religions and cultures.

Whenever I have encountered people who are on or who have taken this path, I’ve found myself bursting with questions—including some of the questions you have asked me here. When it comes to women, in particular, my questions are magnified and more urgent, because from my perspective women seem to have so much more to lose through this process. These encounters and the curiosity they provoke have inspired me in the writing of The Covered Wife.

Do you think readers will see echoes of Margaret Atwood’s The Handmaid’s Tale in your book? What books have fuelled your own storytelling?

I am a huge admirer of Margaret Atwood and The Handmaid’s Tale, and I would be thrilled if readers saw echoes of Atwood’s economy of language and sense of foreboding and oppression in The Covered Wife. For me, reading and re-reading The Handmaid’s Tale reinforces how precious our freedoms are and how vigilantly we must protect them.

Other books that have inspired me include Charlotte Wood’s The Natural Way of Things; Oyster by Janette Turner Hospital; and Chaim Potok, especially My Name is Asher Lev, which is extraordinary in its depiction of life within an ultra-orthodox community with a revered spiritual leader.

I loved The Mother Fault by Kate Mildenhall (S&S). As well as being completely compelling, it is beautifully written and left me thinking long after its last page. I found Kate’s depictions of motherhood especially evocative.