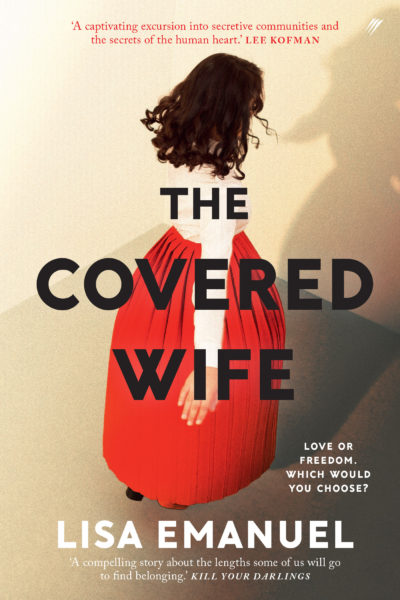 When young lawyer Sarah meets the smart, handsome Daniel, the attraction is instant. Influenced by the charismatic Rabbi Menachem Lev and his wife Chani, who take the new couple under their spiritual wing, Sarah finds herself increasingly appreciating the meaning that can come out of Jewish traditions. She and Daniel become mainstays of the ultra-religious congregation led by the Levs in Bondi and, once married, the would-be utopia set up for the sect’s devotees as a cloistered religious community in the Blue Mountains. However, over time Sarah finds herself increasingly sequestered, with a growing list of restrictions imposed on her daily life. Lisa Emanuel’s impressive debut examines what makes an individual allow themselves to become devoted to extreme fundamentalism, even when it may be to their own detriment. What is it about a sense of belonging or a heightened spiritual plane that convinces an otherwise educated and intelligent person to blindly accept religious despotism and normalise behaviour they would have formerly found abhorrent? At what stage does religious devotion move along the scale to fundamentalism and then cross the line to cult-like extremism that threatens personal freedom or even physical safety? As the screws tighten, Sarah’s plight is both engrossing and terrifying. As with Offred’s story in The Handmaid’s Tale, Sarah’s restrictive world is hard to disengage from, and readers will want to discuss her choices and contradictions with gusto. This makes The Covered Wife a perfect book club choice for discerning bibliophiles.

Scott Whitmont is the business development & relationship manager for Booktopia Publisher Services, having previously owned and operated Sydney’s Lindfield Bookshop for over 20 years. Read his interview with Lisa Emanuel about The Covered Wife here.