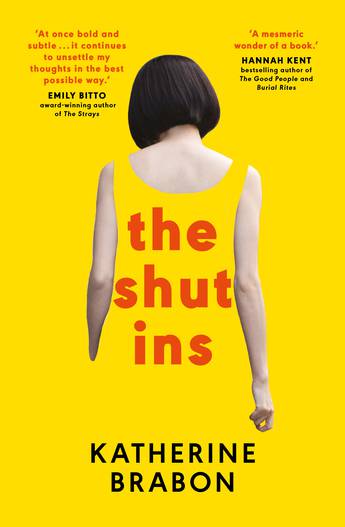 When Mai Takeda runs into an old acquaintance at a train station in Nagoya, it begins a narrative that weaves the lives of four people together in unexpected ways. Mai, newly married and hesitant to fulfil her duty by having children, is drawn into another world when she agrees to become a rental sister to Hikaru, an old school friend who has become a hikikomori—a recluse who refuses to leave his childhood bedroom. Hikaru is cared for by his mother, Hiromi, who feels such shame at her son’s social failures that she, too, barely participates in the world. Meanwhile Sadako, an unhappy hostess at a Tokyo bar, is regularly visited by Mai’s husband who sees in her the submissive wife he truly desires. In the second novel from the author of The Memory Artist, winner of The Australian/Vogel’s Literary Award in 2016, Katherine Brabon has crafted a melancholy yet compelling story about isolation, duty, desire, fear and escape. As each character in The Shut-Ins feels increasingly trapped by societal pressure, they explore the possibility of retreating to some indefinable, unknowable place. And while the characters’ voices have a tendency to blend together in parts, this ultimately adds to the uncanny atmosphere of the novel. The Shut Ins will appeal to fans of thoughtful literary fiction with a touch of otherworldliness, such as Untold Night and Day by Bae Suah and Earthlings by Sayaka Murata.

Chloë Cooper is a freelance writer and a bookseller.