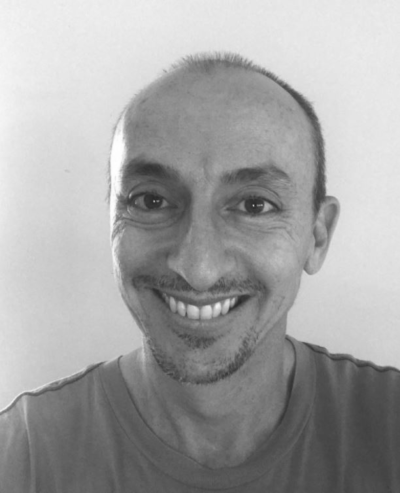 Andrew Paterson’s debut middle-grade novel Rainfish (Text, July) won the 2020 Text Prize. Set in Far North Queensland, the book follows narrator Aaron, who breaks the law to impress an older kid, with significant ramifications within their tight-knit community. Reviewer Katie Haydon, who described Rainfish as an imaginative and excellently told story that she didn’t want to end, spoke to the author.

Firstly, congratulations on such an impressive debut novel. Was Rainfish always destined to be set in the 1980s and how did you find writing that era?

An aspect that stands out in the book is the absence of the adults having any major ‘issues’ that affect the kids’ lives, leaving the main characters to be freer and more unencumbered. Was this a deliberate decision?

It wasn’t really a deliberate decision. Some of my favourite young adult books deal with lots of adult issues, but I suppose the main character of Rainfish is too introspective to even notice what anyone else is going through.

The book contains many stories told by the older generation, including the eponymous ‘rainfish’ legend. Were any of these based on ones you heard growing up in Far North Queensland?

The ‘rainfish’ story is not based on any particular story. The Mamu people of the region around where Rainfish is set have a rich and vibrant culture and many stories, but there wasn’t much emphasis on these in school when I was growing up, which is a shame, I think.

The characters in Rainfish are strong and believable, and the setting—a town near the edge of the rainforest—is beautifully portrayed. Can you envisage the novel being made into a film?

That would be amazing. The Far North is very cinematic, especially the rainforest and the creeks. The Island of Dr Moreau with Marlon Brando and Val Kilmer was filmed at one of my favourite swimming spots.

You are a doctor by profession. Were you always inclined to write? Why this story in particular?

My father was a journalist and I grew up around books and was always writing from a very early age. I have been writing Rainfish for over 10 years; the story now is very different from my earliest drafts, but it was always about a boy who felt his guilt very strongly because that was the type of kid I was, and it always had the rainforest and fishing because as a kid—and as an adult—those things struck me as mysterious and magical.

Feed by M T Anderson was life-changingly good, and though it was written for young adults it’s a book that I think everyone should read. Speaking of kids’ books with adult themes, I loved The Peacock Detectives by Carly Nugent (Text).