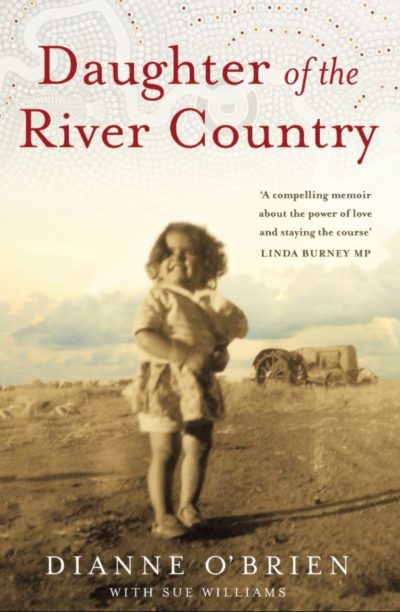 This book isn’t always an easy one to read, but it is certainly worthwhile. Dianne O’Brien’s memoir takes us through death, abuse, imprisonment and trauma of many different kinds. As a member of the Stolen Generations, adopted by a loving mother who dies too young and an abusive father, O’Brien ends up in the notorious Parramatta Girls Home—15 years old, pregnant, alone and ultimately forced to marry her rapist in order to keep her baby. Unfortunately, that’s only the beginning of it, but O’Brien displays an extraordinary amount of resilience as she moves from one heartbreaking experience to the next. Although much of what happens in this book is confronting and harrowing, O’Brien tells her story so frankly and in such an open-hearted way that Daughter of the River Country remains compelling until the end. Despite being constantly on the run from tormentors, she somehow never seems to lose faith in her own fighting spirit and her ability to get through anything. She is fiercely protective of her growing family, and slowly pieces together for them and herself a life of love and community. Ultimately, by finding her place as a Yorta Yorta woman and being an incredibly hard worker for disadvantaged people, Aunty Di emerges from her traumatic past not just a survivor but a strong and respected community leader.

Hannah Cartmel is an editor, former bookseller and co-founder of The Rag & Bone Man Press Inc.