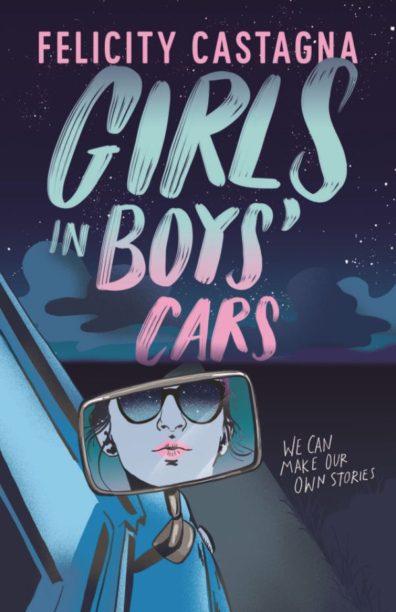 Felicity Castagna’s Girls in Boys’ Cars is not dissimilar to her Prime Minister’s Literary Award–winning young adult novel The Incredible Here and Now, which centres on a 15-year-old coming of age in Western Sydney. In Girls in Boys’ Cars, Castagna returns to the same setting, a North Parramatta McDonald’s carpark, the social scene for a new set of young people. Rosa and her best friend Asheeka are tired of hiding who they are from their parents and of trying to get boys to see them as more than props in their lives. The pair takes off in Asheeka’s boyfriend’s over-modified Ford Falcon with the vague idea of embarking on a road trip. Rosa had been a secondary character in her own life, living through books, before getting behind the wheel of the car. Their journey of self-discovery requires them to literally go through fire and ends with a police charge of reckless indifference. Rosa reflects on these events from a juvenile correction centre while Asheeka remains missing. Through her narration, Rosa inverts the Scheherazade tradition, telling story after story in order to express her own complexity of self. This is a powerful and important coming-of-age novel that is empathetic and empowering. Fans of Vikki Wakefield and Fleur Ferris aged 14 and up will enjoy Castagna’s gritty realism and feminist narrative.