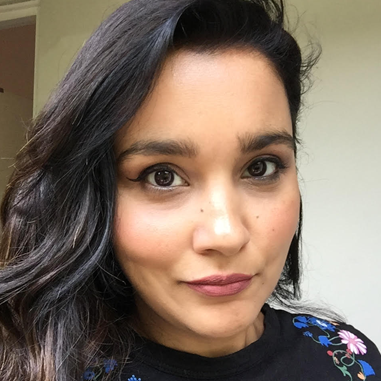 Penguin Random House Australia (PRH) has acquired ANZ rights to The Matchmaker (2023), a romantic comedy from debut Pakistani–Australian author Saman Shad, via Tara Wynne at Curtis Brown. The novel follows Saima, a matchmaker who is 33, single and ‘well past the use-by date’ according to her community, who falls for one of the men she has been hired to find a match for. ‘[The Matchmaker] hits the familiar beats of the best romantic comedies; but inside this gem is the real lived experience of South Asians in modern Sydney that centres the desi community,’ says PRH commissioning editor Radhiah Chowdhury.

Ultimo Press has acquired ANZ rights to Shankari Chandran’s third novel Chai Time at Cinnamon Gardens (2022) via Tara Wynne at Curtis Brown. Set in a Sydney nursing home, the novel explores the colourful histories, secrets, triumphs and failings of its residents, as well as the prejudices they face. Ultimo publishing director Robert Watkins said Chandran was ‘unafraid to tackle big themes and real contemporary issues through the eyes of rich, interesting characters’.

UQP has acquired world rights to Losing Face by debut author George Haddad (2022), which interweaves the stories of Joey, who has recently finished school and is drifting somewhat aimlessly, and his grandmother Elaine, a proud Lebanese immigrant. When Joey is implicated in the sexual assault of a young woman, everything starts to unravel and long-held family secrets are uncovered. UQP says Haddad’s ‘compelling and thought-provoking novel deals with issues of migrant identity, sexuality and consent’.

A new acquisition from MidnightSun Publishing also tackles the experience of growing up different in Australia. Michael Burge’s debut novel Tank Water (2021) ‘delves into themes that don’t often appear in our national literature’, says publisher Anna Solding. ‘Through the taut and haunting narrative spanning two decades, Michael articulates what it can be like to grow up gay in the country and how prejudice and hate crimes are an extension of people’s fear of difference.’

Transit Lounge has acquired world rights to Brendan Colley’s debut novel The Signal Line (2022), which won an unpublished manuscript prize in his home state of Tasmania, via Martin Shaw at Shaw Literary. Publisher Barry Scott said he ‘immediately fell in love with’ Colley’s ‘quirky, fantastical, utterly absorbing’ debut, which follows two adult brothers whose relationship is tested after their parents pass away. ‘The Signal Line is a warm-hearted novel about what we are all searching for, even when our personal dreams and aspirations have collapsed. Love and acceptance,’ says Scott.