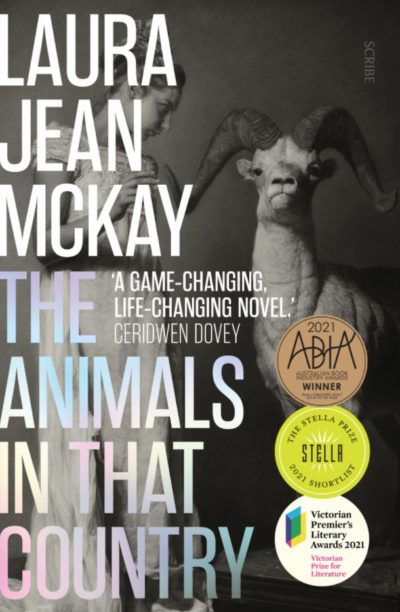 ‘The Animals in that Country’ shortlisted for Arthur C Clarke Award

In the UK, The Animals in that Country by Laura Jean McKay (Scribe) has been shortlisted for the Arthur C Clarke Award for science fiction.

McKay’s novel, which won the 2021 Victorian Prize for Literature and has been shortlisted for a range of prizes, most recently the ALS Gold Medal, imagines a world in which humans and animals become able to understand each other as the result of a pandemic.

The Animals in That Country is one of six debuts making up the 2021 Arthur C Clarke Award shortlist, the first all-debut shortlist in the award’s history. Also shortlisted are The Infinite (Patience Agbabi, Canongate), The Vanished Birds (Simon Jimenez, Titan), Vagabonds (Hao Jingfang, Head of Zeus), Edge of Heaven (R B Kelly, NewCon Press) and Chilling Effect (Valerie Valdes, Orbit).

Now in its 35th year, the Arthur C Clarke awards the best science fiction novel first published in the United Kingdom during the previous year. Namwali Serpell’s The Old Drift (Vintage) was the recipient of the 2020 prize.

The winner of this year’s award will be announced in September.