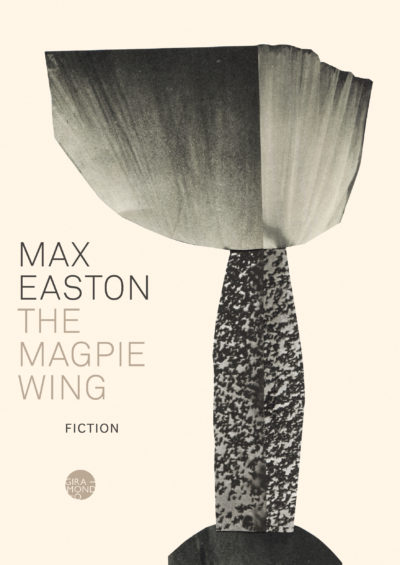 Max Easton’s The Magpie Wing is a moving portrait of a city and region undergoing enormous change, told through the perspectives of three unique, sympathetic and vulnerable characters. The book opens with the budding relationships between Duncan, Walt and Helen, Walt’s sister. Initially bonded by the closeness of their families, and their involvement with the Wests Magpies rugby league club, the trio’s lives diverge and reconnect as each of them finds and moves on from different communities. Their first steps out of adolescence are halting: Walt is a political idealist, and a petty vandal; Duncan is interested in sex and nothing beyond the boundaries of his white, blue-collar South West Sydney milieu; Helen, feeling destined to always be an outcast in the rugby club, seeks a new identity through the DIY punk scene. Throughout the novel is a genuine sense of disconnection and reconnection, hope and despair, longing and acceptance. The book is filled with memorable scenes marked by specificity and dark humour: to give just one example, when Walt’s grandfather dies, his dad is outraged he can’t just drop his recently deceased father off at a cemetery without first dealing with the hospital and police. Although more expansive in both the time period it covers, and the variety of themes explored, Easton’s novel has similarities to recent working class coming-of-age stories such as Jeremy Chambers’ Suburbia and Tobias McCorkell’s Everything in its Right Place while also recalling the melancholy mood of Jock Serong’s The Rules of Backyard Cricket. The Magpie Wing is an exciting debut that tells a compelling story, with surprising intimacy for a book that references rugby league in its title. I recommend it to anyone who reads contemporary Australian literary fiction; an interest in, or knowledge of, rugby league is not a prerequisite.

Brad Jefferies is the digital editor at Books+Publishing. Read his interview with Max Easton here.