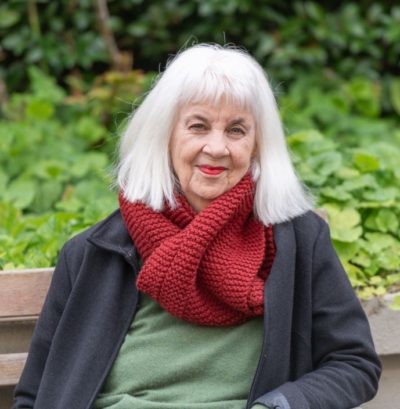 Amanda Lohrey has won the $60,000 Miles Franklin Literary Award for her seventh novel, The Labyrinth (Text).

Lohrey, the second Tasmanian writer to win the Miles Franklin in its 64-year history, has twice been shortlisted for the award, with her shortlisted novel Camille’s Bread (Fourth Estate) winning the Australian Literature Society Gold Medal in 1996. Her fourth novel, The Philosopher’s Doll (Viking), was longlisted for the Miles Franklin in 2005, and in 2012 Lohrey received the Patrick White Literary Award.

The Labyrinth follows Erica Marsden, who retreats to a quiet hamlet near the prison where her son has been incarcerated for homicidal negligence. Living in a rundown shack, she obsesses over creating a labyrinth by the ocean. To build it, Erica will need the help of strangers.

‘The Labyrinth is an elegiac novel, soaked in sadness,’ said Neville, chair of the judging panel. ‘It is a beautifully written reflection on the conflicts between parents and children, men and women, and the value and purpose of creative work.’

Lohrey said, ‘It’s a tremendous honour to be associated with the remarkable Stella Miles Franklin, one of the great Australian mavericks.

‘Awards like the Miles Franklin are so valuable because in attracting public attention they help Australian literature to flourish, and to compete with imported books. And that’s important because Australian literature is not an add on, a mere diversion, a sideshow to the main game. It sits at the heart of our national culture.’

Text publisher Michael Heyward said: ‘We have been reading Amanda Lohrey’s fiction since her first novel, The Morality of Gentlemen, was published in the mid-1980s, a book that revealed a writer with a beautiful ear for a sentence who was also intent on a singular exploration of Australian life.

‘The Labyrinth is the work of a major novelist at the peak of her powers. Congratulations to Amanda Lohrey on her thoroughly deserved win.’

Upon acquiring The Labyrinth in 2019, senior editor David Winter said the novel ‘is the work of an author who has mastered her craft’. Of her Miles Franklin win, Winter said, ‘I’m thrilled for Amanda Lohrey, whose writing over the past four decades has been marked by great skill and sagacity.

‘The Miles Franklin Literary Award is a wonderful recognition of her achievement in The Labyrinth—hypnotic and carefully crafted, attuned to the inner lives of contemporary Australians, it may be her finest novel yet. All of us at Text congratulate her on this prize.’

For the second year running, the winner of the Miles Franklin Literary Award was announced via live YouTube stream. The winner of the 2020 award was Tara June Winch, for her second novel, The Yield (Penguin).