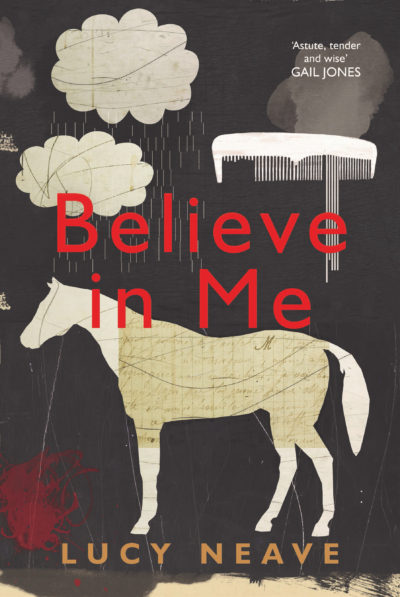 Believe in Me (Lucy Neave, UQP)

Bet is a Sydney-based veterinarian raised in Adelaide by her single mother, Sarah. When Bet starts questioning her gender, identity and place in the world, she begins to put together the broken pieces of her mother’s life. Born in upstate New York, Bet’s mother was exiled to Sydney in the 1970s to give birth in an unmarried mother’s home having fallen pregnant as a teenager. Sarah is likewise seeking happiness in herself and a reconciliation with her past, fighting for financial and emotional independence having been frequently misunderstood or mistreated by those around her. The book’s narrative device of alternating between Bet’s first-person perspective and her third-person imagining of episodes in Sarah’s life is unusual, but this perspective-switching ultimately works to give the reader a window into both Sarah’s mindset and Bet’s distinctive point of view. Exploring one’s family past and uncovering mysteries from the early life of one’s parents is a common phenomenon. However, when family history is blemished by trauma or tainted by religious beliefs and past social mores, how does that, in turn, impinge on coming to terms with one’s own identity? Will your story be believed, and does it matter if it isn’t? These themes are cleverly explored by Lucy Neave, a Canberra-based academic in this, her second novel, which impresses with its subtle yet profound exploration of family, love, identity and acceptance. No doubt, reading groups will find plenty of fodder here for stimulating discussion.

Scott Whitmont is the business development & relationship manager for Booktopia Publisher Services, having previously owned and operated Sydney’s Lindfield Bookshop for over 20 years.