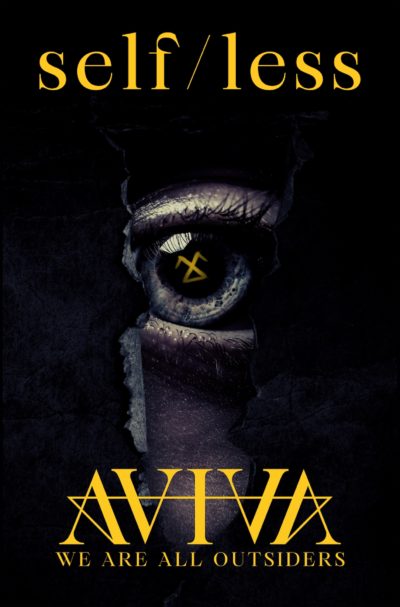 self/less is the debut novel by self-described multidisciplinary artist AViVA, whose music has a strong online following. Seventeen-year-old Teddy has lived a privileged childhood in the totalitarian city of Metropolis, where expressing individuality and creativity is banned and people ‘infected’ by those ideologies are removed and ‘sanitised’. On the verge of being fully integrated into society through ceremonies that will allocate her an occupation and a partner, Teddy’s world is disrupted when her mother discovers Teddy’s sketchpad. This sets off a whirlwind series of events that lead to Teddy’s inadvertent ascension to leader of a clan living beneath Metropolis. In the Underground, art and self-expression thrive but conflict and rivals are everywhere. If Teddy is to survive, she must prove herself as a leader to the clan. The influence of novels such as Fahrenheit 451 and The Giver are clear in self/less, and there’s not much new here for readers well-versed in dystopian novels. The repressive regime of Metropolis is broadly sketched, and Teddy’s leadership qualities are slow to emerge. However, self/less will appeal to AViVA’s fans, and has the potential to introduce new readers to dystopian fiction. Although the book contains a single instance of swearing for shock value, there is minimal mature content, and fans of AViVA aged 13 and up will enjoy this new medium for the musician’s artistic expression.