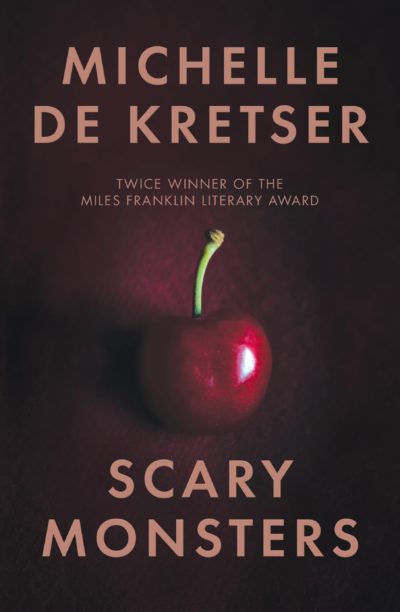 Montpellier, France, 1981. Twenty-two-year-old Lili is teaching English at a local high school and navigating a new experience of displacement in her adopted European home—after emigrating to Australia with her family seven years ago, she’s once again a stranger in a strange land. As she embarks on a complicated new friendship and tries to avoid her odd downstairs neighbour, Lili begins to make plans for her future. Decades later in a dystopic Australia—a place where Islam is banned and the Permanent Fire Zone has been euphemistically rebranded the Bush-Cleansing Precinct—public servant Lyle is busy erasing his immigrant past so that he and his family can achieve total assimilation. But Lyle’s eccentric mother and an uncomfortable work situation threaten to disrupt his myopic commitment to an anodyne existence of renovations and replica furniture. Scary Monsters is a novel in two distinct parts, and while Lili’s and Lyle’s stories are only tangentially connected, the deeper threads of racism, ageism and misogyny that run through both are stark. In the hands of a lesser writer, this could have been a relentlessly dispiriting read—but de Kretser’s cutting wit and dexterous ability to dismantle Australia’s rose-tinted idea of itself make this an inventive, satirical and confronting exploration of the migrant experience. Scary Monsters is sure to hold strong appeal for literary fiction readers, particularly those who enjoy the work of writers such as Helen Garner, Charlotte Wood and Ryan O’Neill.

Carody Culver is senior editor at Griffith Review and a freelance writer.