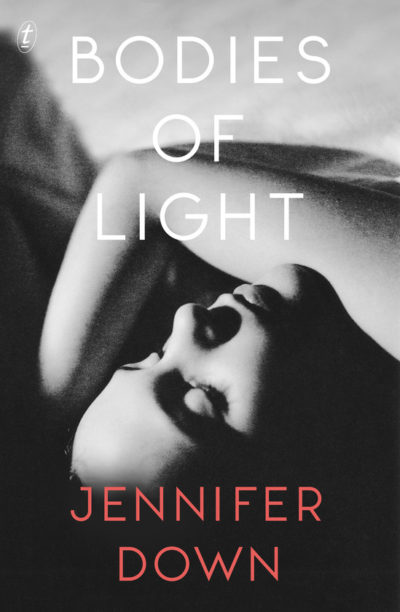 Bodies of Light (Jennifer Down, Text)

Bodies of Light is Jennifer Down’s third book and her best yet. It begins with fierce, ageing Maggie (now living in the US under a new identity) being prompted to revisit her dark past after receiving a Facebook message from an old friend named Tony. The novel shifts between Maggie’s tentative communications with Tony and memories of her trauma-filled life: from an abusive childhood raised in foster care, through her teenage years and initial encounters with substance abuse and mental illness, and on to adulthood as she navigates a series of fraught relationships. At times the misfortunes Maggie experiences, especially in her 20s, are unrelenting, and in a lesser writer’s hands could stretch the reader’s willingness to suspend disbelief. However, Down anchors their place in the story with masterful conviction, rendering each distressing scenario as a crucial and devastating symptom of Maggie’s disempowered upbringing. But the real wonders of this book lie in Maggie’s resolve to maintain her dignity and create a meaningful life for herself, and in Down’s eye for the ways in which buried trauma reveals itself in the quiet spaces and gestures between friends and lovers. Despite its bleak subject matter—abuse, grief and mental illness—Down’s writing, as always, simmers with gentle hope. Bodies of Light is a brilliant, sharply observed and deeply affecting epic that secures Down’s status as one of the best writers in Australia today.

Jacqui Davies is a freelance writer and reviewer based in South Australia. She speaks to Jennifer Down here.