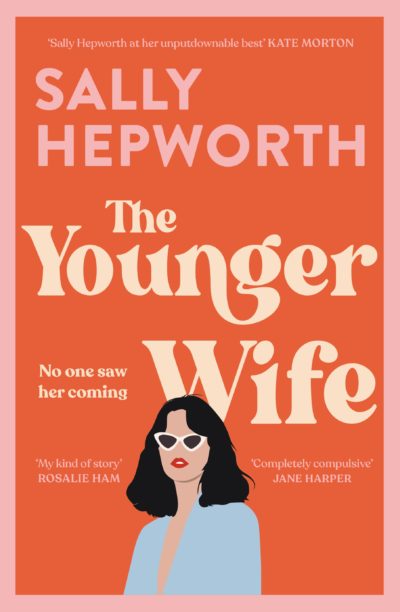 Readers won’t be shocked to learn that Sally Hepworth’s new novel The Younger Wife features a May–December romance between a younger woman and an older man, and the effects the relationship has on his family. The structure is well done, following the story from the points of view of three women: the younger soon-to-be-wife, Heather, lonely and looking for security; her fiance’s oldest daughter, Tully, living an upwardly mobile life but with a dangerous secret; and Rachael, the youngest daughter, a successful baker making wedding cakes and avoiding all romance of her own. Bypassing cliche, Hepworth’s narrative choices allow the reader to better understand the interloper and witness how a shared generation means that Heather, Rachael and Tully have much in common—and how the ensuing domestic noir mystery ties them even closer together. The Younger Wife is thoroughly engrossing, pulling the reader along at a breakneck pace and exposing each character’s flaws and challenges, secrets and strengths, and how these have affected their relationships. However, I was left deeply unsettled by Hepworth’s choices for the ending, particularly as it relates to contemporary politics, policing and the ways in which women are and are not believed. The structure, characters and plot of this novel were enough to create narrative tension, pace and an engrossing read; the final twist left me feeling sour and unsafe.