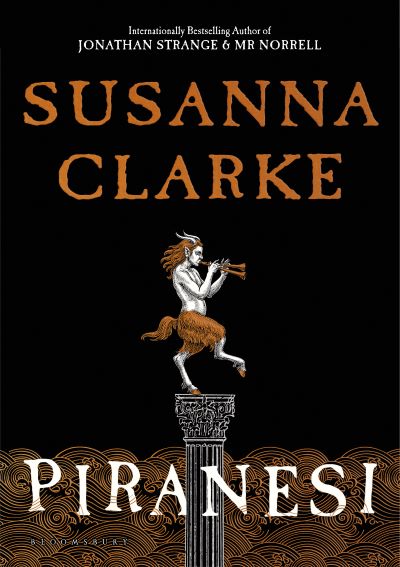 In the UK, Susanna Clarke has won the £30,000 (A$56,100) Women’s Prize for Fiction for her second novel Piranesi (Bloomsbury), reports the Bookseller.

Clarke’s novel, published long after her award-winning 2004 debut Jonathan Strange & Mr Norrell (Bloomsbury), follows the eponymous character as he uncovers the secrets of the ‘watery labyrinth’ of his house, filled with thousands of halls and statues. Chair of judges Bernardine Evaristo said the panel ‘wanted to find a book that we’d press into readers’ hands, which would have a lasting impact’.

‘With her first novel in 17 years, Susanna Clarke has given us a truly original, unexpected flight of fancy which melds genres and challenges preconceptions about what books should be,’ said Evaristo. ‘She has created a world beyond our wildest imagination that also tells us something profound about what it is to be human.’

Waterstones head fiction buyer Bea Carvalho said: ‘It’s a really brilliant book commercially for us—it’s fiction at its boldest and most exciting, such original an book that stretches genre boundaries and is sure to have a lasting impact on publishing in the coming years. The Women’s Prize always has such a big impact on sales, so we’re really pleased the judges have chosen to highlight Piranesi as the champion, so we can introduce her work to so many more people.’

Clarke was chosen as winner from a shortlist announced in April. The winner’s announcement was made at an in-person awards ceremony in central London on 8 September.

The prize is presented annually to the best novel of the year written in English by a woman. UK author Maggie O’Farrell won last year’s Women’s Prize for Fiction for her novel Hamnet (Tinder Press).