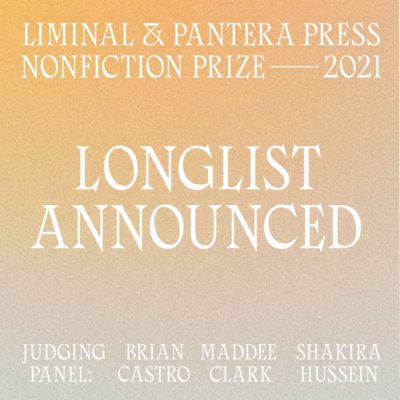 The longlist for the inaugural $10,000 Liminal & Pantera Press Nonfiction Prize has been announced.

The longlisted writers are:

Judged by Brian Castro, Maddee Clark and Shakira Hussein, the inaugural prize called for writing responding to the theme of ‘Archive’ and was open to First Nations writers and writers of colour.

For more information on the prize, see Liminal’s website.