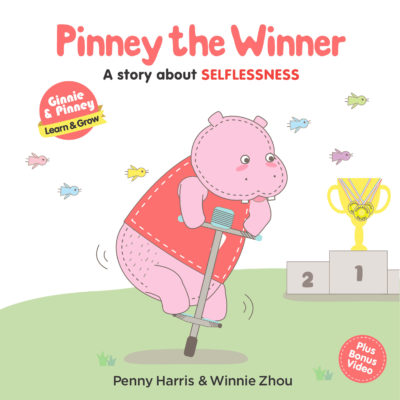 Big Sky Publishing’s educational children’s series Ginnie & Pinney, Learn & Grow has been optioned for development as a television series by Australian animation studio Moody Street Productions. Created by writer Penny Harris and animator Winnie Zhou, the eight-book series, released in 2020–21, encourages ethical thinking, empathy and EQ for children aged 3–8. The books will be developed into an animated series for Australian and international distribution.

‘Penny Harris and Winnie Zhou’s fabulous series feels very timely, discussing themes of wellbeing, inclusiveness, fairness, friendship, responsibility and more,’ said Emily Randle from Randle Editorial & Literary Consultancy, the rights representative for Big Sky Publishing. ‘With characters from all over the world, this series is deliberately international in order to appeal to children wherever they are in the globe.’ Rights to the series have been sold to Thunderbird in Korea.

Clementine Ford’s nonfiction book Fight Like a Girl (A&U) has also been acquired for TV by Aquarius Films in a deal negotiated by Jacinta DiMase Management. The production company will develop the book for television as a comedy–drama series of six 30-minute episodes, centred around ‘future feminist icon 15-year-old Bel Jones’. Published in Australia by Allen & Unwin in September 2016, Fight Like a Girl has sold over 65,000 copies locally and was published in the US and UK by Oneworld Publications.