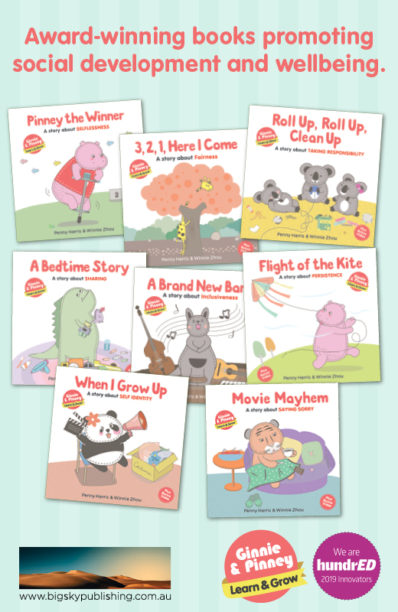 Created by writer Penny Harris and animator Winnie Zhou, the eight-book series, released in 2020, encourages ethical thinking, empathy and EQ for children aged 3–8. The books will be developed into an animated series for Australian and international distribution.

Moody Street Productions managing director Gillian Carr said she was ‘drawn to the delightful characters and their powerful messages for young children’.

On adapting the series for TV, Big Sky publishing director Diane Evans said ‘the move to a television series is an exciting addition to the Ginnie & Pinney brand’.

‘We have always believed that the Ginnie & Pinney series would be a perfect TV series and to see it being developed with that intention recognises the vision of Penny Harris and Winnie Zhou in creating a series that has it all—it meets education criteria and it’s fun, beautiful and engaging,’ Evans said.