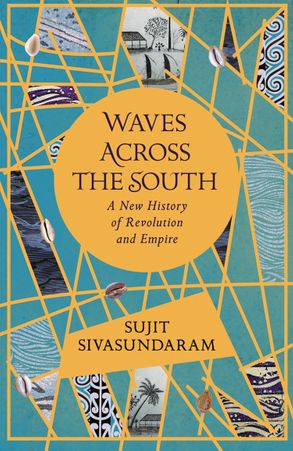 In the UK, Cambridge historian Sujit Sivasundaram has won the £25,000 (A$46,750) British Academy Book Prize for Global Cultural Understanding for Waves Across the South: A new history of revolution and empire (HarperCollins), reports the Bookseller.

Sivasundaram was born and educated in Sri Lanka and his book, which retells the history of the British Empire with the southern seas at the heart of the story, as opposed to Europe and the Atlantic, is described as ‘a very different account of imperialism, centred on a part of the world that barely features in many histories of the period’.

The judges said Waves Across the South ‘invites the reader to consider what this history looks like from the perspective of indigenous peoples in the Indian and Pacific oceans, showing how they asserted their place in the global South as the British Empire expanded’.

The winner was chosen from a shortlist of four that also included Islands of Abandonment: Life in the post-human landscape (Cal Flyn, William Collins), Begin Again: James Baldwin’s America and its urgent lessons for today (Eddie S Glaude Jr, Chatto & Windus) and Neither Settler nor Native: The making and unmaking of permanent minorities (Mahmood Mamdani, The Belknap Press).