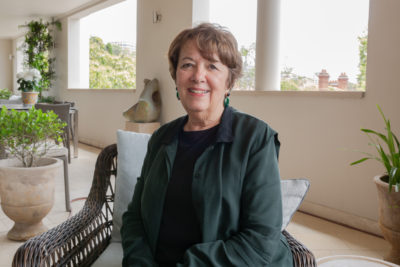 Sydney-based philanthropist Paula McLean, a long-time patron of the Stella Prize, has committed a gift of up to $1 million to the prize’s Stella Forever Fund, which aims to secure prize money for the award ‘in perpetuity’.

‘McLean’s extraordinary gift comes with a matching challenge and call to action to others who are passionate about gender equity, literature, and the transformative power of philanthropy,’ said the Stella Prize. According to the organisation, the donation is ‘one of the largest gifts of its kind in Australia to date’.

The prize is aiming to raise $3 million for the Stella Forever Fund by the award’s 10th anniversary in April 2022, ‘to ensure that the Stella Prize benefits generations of writers and readers to come’.

‘Paula McLean has committed up to $1 million … and hopes this will inspire many people to contribute to the campaign, knowing their dollar will effectively be doubled,’ Stella Prize executive director Jaclyn Booton told Books+Publishing. ‘If we achieve our target—$1 million from Paula McLean and $1 million in other donations—it will be an incredible achievement for our 10th birthday.’

McLean said: ‘It’s been a special joy for me to champion the Stella Forever Fund. I hope it will inspire others to join me in this 10th anniversary campaign.’

The Stella Forever Fund began in 2016 with matching donations by McLean and Melbourne philanthropist Ellen Koshland. It aims to endow the award’s annual prize money, not operations. ‘The aim is to secure prize money for Stella Prize-listed writers for generations to come,’ said Booton.

For more information about the fund and McLean’s gift, see the Stella Prize website.