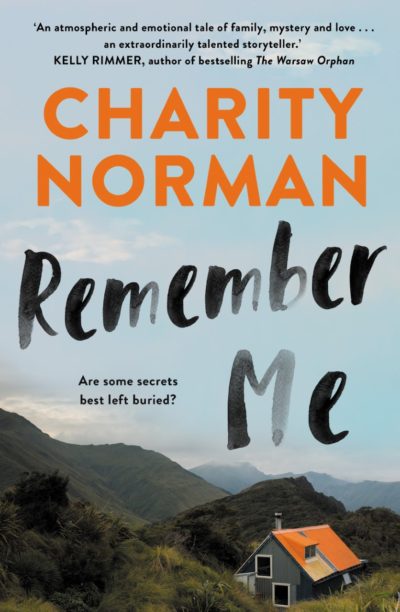 Remember Me begins with a call in the middle of the night, when illustrator Emily is awakened in her London flat. Her father’s health is failing and Emily is the only one willing and able to help. But returning to her childhood home awakens not just unpleasant memories of family dysfunction but also of the tragic disappearance of her neighbour, Leah Parata. As Emily cares for her father she learns more about his troubled upbringing and emotional scars. She’s finally building the relationship she wants with the man she idolised as a child, but what is he hiding? From the striking opening, Charity Norman establishes herself as an author in control, aware of her audience and adept at her craft. She skilfully weaves the plot involving Leah’s disappearance all those years ago together with the real subject of the story: the reality of caring for a loved one with a degenerative disease. Norman perfectly captures the unfairness of being angry at a parent with dementia, and the conflicting emotions and opposing needs that stem from a troubled childhood. The mystery behind Leah’s disappearance is ultimately somewhat flimsy but the threads are woven together so well that it becomes a minor part of the book. Instead, Emily’s interiority and her mending but shifting relationship with her father are the real centre of the story. The novel is more Jodi Picoult than Jane Harper but compelling nonetheless. Remember Me is a nuanced page-turner addressing the very human realities of ageing parents and family dynamics.