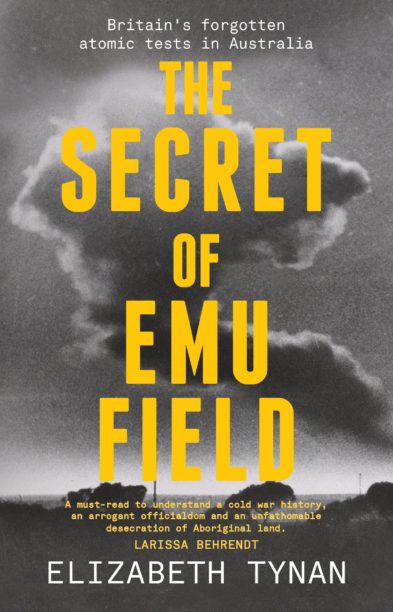 While the atomic atrocities of Maralinga are now a well-known story in Australia, the events of nearby Emu Field have comparatively flown under the radar. Elizabeth Tynan, former science journalist and current associate professor at James Cook University, previously covered the better known site in Atomic Thunder: The Maralinga story. Now, she’s cast the same meticulous eye over the events at Emu Field, which was actually the first mainland location where the British tested atomic weapons, in 1953. The Secret of Emu Field documents the mad scramble to set up the site at the Emu claypan in the South Australian desert, the cost-cutting measures of Churchill’s austerity Britain, the multiple atomic detonations, and the brutal aftermath. A strange sticky black mist that spread after the events plagued the local Aṉangu people and the military personnel involved (some of whom flew planes directly through the atomic cloud), with many developing cancers and other health problems. Tynan uncovers previously unknown details, despite the fact that ‘the British government still keeps its Emu secrets suspiciously close’. Curiously, Emu was abandoned almost as hastily as it was established and there was a mass withdrawal of related British files from the National Archives in 2018. Fastidiously researched and brimming with detail, The Secret of Emu Field will likely most appeal to keen history buffs but is accessible enough for anyone curious about this mysterious incident and the subsequent injustices it caused.

Kim Thomson is a freelance writer and editor.