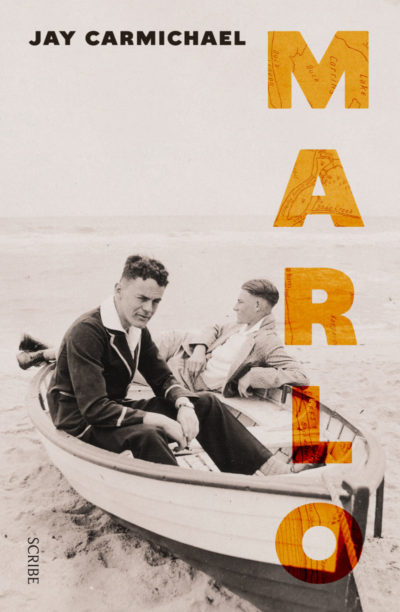 After previous success with Ironbark, a novel that wrestled with the coming of age of a gay man in rural Australia, Jay Carmichael turns his attention once again to queer lives positioned at Australia’s conservative margins. Marlo tells the story of mechanic Christopher, a shy and doubting young man who moves to Melbourne sometime in the 1950s from his hometown of Marlo. In Melbourne, he slowly starts to pursue his hidden homosexual desires, including cruising at the Botanical Gardens ‘bogs’ after work. One of these visits leads to Christopher meeting Morgan, a man who soon has a palpable and potent hold over him. Some fraught and emotional events follow the two men in their courtship but not before a brief sojourn into Melbourne’s secretive but thriving queer spaces at night. It is worth noting that the book rejects the trauma narratives of yesteryear that condemn queer men to eternal unhappiness, instead ending with a redemptive close. Carmichael’s referential approach to sketching queer desire within historical fiction sometimes feels heavy-handed. The many archival photos of Melbourne (sometimes not even directly relevant to the narrative) punctuate key moments in the text, awkwardly jostling to emphasise historical accuracy but hampering the reading experience. Despite this, Carmichael’s second novel is a noble exercise in mapping lived but seemingly lost Australian queer histories. With its unfettered prose, Marlo is a quiet and earnest story of gay male desire and longing.

Nathan Smith is a freelance writer.