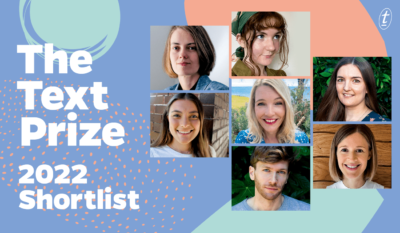 The shortlist for the Text Prize for Young Adult and Children’s Writing, worth $10,000, has been announced.

The winner, along with the recipient of the Steph Bowe Mentorship, chosen from entrants to the prize, will be announced in late June.

Last year’s Text Prize winner was Alice Boyle for her YA novel Dancing Barefoot, which is set to be published in September. For more information about this year’s shortlist, see the Text website.