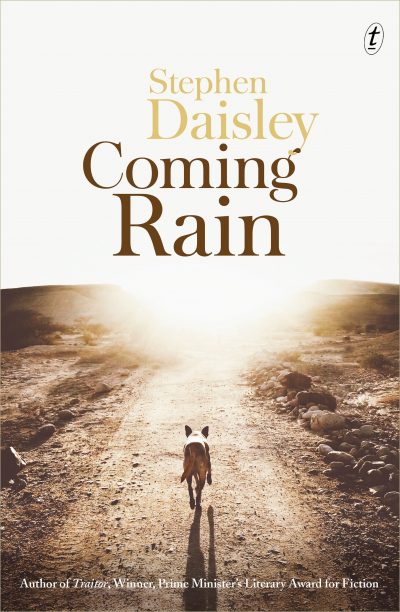 Novelist Stephen Daisley has won the NZ$50,000 (A$46,135) fiction prize at the New Zealand Book Awards for his novel Coming Rain (Text), announced at a ceremony in Auckland on 10 May.

Daisley was born and raised in New Zealand but now lives in Western Australia, where he works as a farmer and shearer. Judges said his novel is ‘a universal story of love and aspiration, betrayal and disappointment. It was a book that all three judges came across joyfully and read with the ease of those who know they’re in the hands of a confident writer’.

The shortlists for the awards were announced in March.

The New Zealand Book Awards have undergone significant changes since they were last presented in August 2014. Following the withdrawal of former sponsor New Zealand Post Group, a new charitable trust took over administration of the awards in October 2014 comprising members from the Publishers Association of New Zealand (PANZ), the New Zealand Society of Authors and Booksellers New Zealand.

In July 2015 the trust announced a new structure for the awards, including the annual NZ$50,000 prize for fiction, provided by the Acorn Foundation, as well as the introduction of specialist judging panels in each category. In August the trust announced that Auckland-based property developer Ockham Residential had taken over sponsorship of the awards.