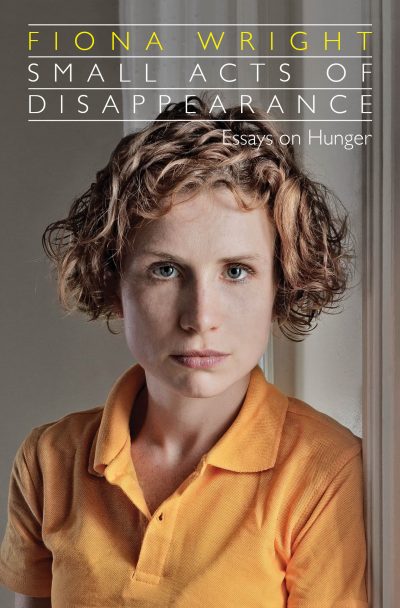 The winners of the 2016 Kibble and Dobbie Literary Awards were announced at a ceremony at the State Library of New South Wales on 14 July.

The $30,000 Nita B Kibble Literary Award, which recognises the work of an established Australian woman writer, was presented to Fiona Wright for Small of Acts of Disappearance (Giramondo).

Small Acts of Disappearance was chosen from a shortlist of three that also included A Few Days in the Country: And Other Stories (Elizabeth Harrower, Text) and Second Half First (Drusilla Modjeska, Knopf).

The $5000 Dobbie Award for a first published work by an Australian woman writer went to Lucy Treloar for her novel Salt Creek (Picador).

Speaking on behalf of the judging panel, Humanities Australia editor Elizabeth Webby praised Wright’s essay collection about anorexia. ‘With the skilful use of language seen in her prize-winning poetry, Wright writes frankly and movingly about a difficult and very personal subject,’ said Webby. ‘Unlike many memoirs of illness and recovery, hers is not a story of triumph over adversity. The essay form allows her to resist closure, while also providing insights into her reading, her travels and her interactions with others.’

Speaking about Salt Creek, Webby said Treloar ‘depicts the changes in [the protagonist] Hester as initial strangeness and dislocation give way to a sense of beauty and belonging’. ‘She is also forced to question many of the beliefs of her time and class, as she witnesses the destruction of the homes and culture of the local people, the Ngarrindjeri.’

The Kibble and Dobbie Literary Awards were established by Nita Dobbie to honour her aunt Nita Kibble, the first female librarian at the State Library of New South Wales. The awards are open to women writers with published works of fiction or nonfiction classified as ‘life writing’.