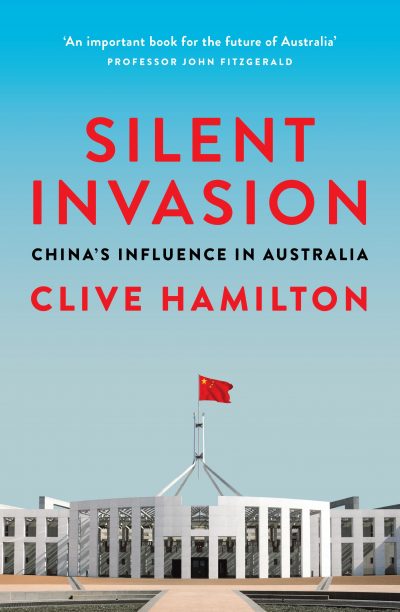 Hardie Grant Books has acquired world rights to Clive Hamilton’s book on Chinese influence in Australia, Silent Invasion, with plans to publish the title in Australia in March 2018.

Silent Invasion explores how Chinese Communist Party agencies have sought to extend Beijing’s influence in Australia for strategic and political gains, and examines the threats to democratic freedoms in Australia.

The book was delayed by Allen & Unwin in November 2017, with the publisher citing the threat of legal action from the Chinese government. Hamilton, who requested the rights to the book be returned, has since rewritten the book to minimise the legal risk.

In a statement, Hardie Grant CEO Sandy Grant said it ‘was clear Silent Invasion needed to be published’. ‘This is substantive research bringing to light a concerted effort by the Chinese Communist Party to gain influence in a covert manner. Having gone through Spycatcher, it’s my experience that governments will try to prevent things from getting into the public domain that may damage their perceived interests. We value freedom of speech ahead of those interests,’ said Grant.

‘I can’t stop an authoritarian foreign power using vexatious litigation by its proxies to suppress a book criticising it,’ said Hamilton. ‘The reason three publishers refused to publish this book is the very reason the book needs to be published.’