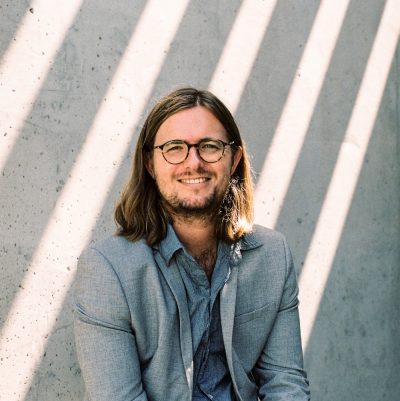 Sam Cooney is publisher at literary magazine The Lifted Brow and its recently established books imprint, Brow Books, as well as being a writer, literary critic, teacher, host, prize judge and publisher-in-residence at RMIT University. Brow Books aims to publish ‘the kind of books that no one else is publishing’, with a keen focus on ‘working with authors from the margins: people who live and write from demographic margins, and/or writers whose work sits in the literary margins’. Cooney spoke to Think Australian about the new imprint.

Right now, Brow Books is unique because it’s tapped into, and working with, a whole bunch of writers and artists that the rest of Australian trade book publishing simply isn’t—and we are going to continue publishing books from these writers, because readers want these books. Yes, obviously Brow Books knows these writers and artists through our quarterly print magazine, The Lifted Brow, and also our dynamic website—both of which focus on the constant discovery of new talent (who bring new ideas and experiences and perspectives and approaches) and which also focus on maintaining ongoing relationships with these talented folks. However, what is most important to note here is that this discovery process—and the subsequent relationships that form between us and them—are full and healthy and honest. This is largely because our team aren’t outsiders looking into these various communities, wanting their stories so we can sell books. Instead, due to the genuine passion and interest of the large and diverse team we have across our whole organisation, our people are actively involved in various communities as community members first—and then if pieces for our magazine or website or books stem organically from these communities, the whole modern methodology of publishing (which sees people in publishing houses ‘reaching out’, ugh, to communities to try and secure the rights to stories to sell to readers) is kind of flipped on its head.

Into the future, I think we’ll be unique because we will be—as far as I know, though I’d be unsurprised if I’m wrong—the only not-for-profit trade press in Australia (one that isn’t deliberately sitting within a certain niche). Also: I’m adamant right now that we don’t follow the well-trodden path of expanding (titles published, people employed, etc) year-on-year and all of a sudden we’re not a small and interesting nimble outfit, but rather one that has to know it’s going to generate $___,____ per year from book sales before it can even begin to think about doing exactly what it wants to do. Is this outrageous chutzpah? Maybe—though if this is considered an outrageous attitude then our industry really is dull.

How many books does Brow Books publish—and what kinds of books?

We published one book in 2016 (a novel), three in 2017 (a novel, a nonfiction sex advice book from a mother and son, and an anthology), and we will publish eight in 2018 (three novels including two international works we’ve bought the rights to, one collection of translated short stories, one work of narrative nonfiction, two nonfiction multi-authored collections, and one book of visual art by an Australian legend).

So the answers are: we don’t know yet how many books per year is the right amount, but we will set a limit so we don’t grow and so we don’t look at growth as our measure of success. And we publish all kinds of books (though we don’t do children’s or YA because that’s not our specialty or passion, and we don’t do poetry as there are some Australian presses doing such a bang-up job with poetry books right now, and because we stand proudly in the literary camp we don’t do genre fiction or history books or self-help books or effing cookbooks. And we definitely won’t add to the world’s woes by publishing any more politician’s biographies).

Have you sold international rights to any Brow Books books?

Yes! Last year we published The Town by Shaun Prescott—a quiet, weird, disparaging, beautiful Australian novel—and we sold world English (except ANZ) rights to Faber & Faber right before Frankfurt as they were so keen to show everyone. And they sold it on to major publishing houses in the US, Germany, France, Spain, and a couple of other countries too.

We’re also in talks right now with agents—and through them, international publishing houses—about a couple of our 2018 titles.

None yet—but The Town will be a remarkable success story. I’m no walking textbook on the history of modern Australian publishing, but I really cannot think of a similar triumph for an Australian author. Shaun’s novel is so unassuming and dark and strange, and then almost overnight it’s the talk of the world’s largest trade book fair, when it hasn’t even sold half its modest first printing. Unbelievable.

Briohny Doyle’s The Island Will Sink. Here’s an extraordinary lit fic/spec fic crossover novel that was written on-and-off over the course of almost 10 years, a novel which so deeply tells us who we are in our current age and which was rejected by several large and small Australian publishing houses (and rejected more than once by one press) because some of them didn’t understand it and so they hated it, and others did understand it but couldn’t get it over the line inside the press as it didn’t fit the mould of what had come before. And it took us at Brow Books to begin publishing books, before this singular novel was given its chance, and it proceeded to receive absolutely rave reviews in every single publication in this country that publishes reviews. Readers all over social media were going bananas about this novel for months and months, and we’re now into a fourth printing of the book. And yet we’ve been having the same issue with publishing houses in the US and UK—that they don’t understand the book, or they like it but can’t make it work. It’s frustrating! If someone takes a punt on this book, it’ll pay off for them.

Have you acquired the rights to publish any international titles in Australia? What have been the most successful?

We’re just this year entering into this space. In March we published Apple and Knife, a collection of short stories by Intan Paramaditha, translated from the Indonesian by Stephen J Epstein. That book’s been doing really well—and by that I mean the critical reception has been uniformly incredibly positive, and so has the reception from readers. This year, we’re also going to publish a sublime small novel we bought from a tiny queer press in Montreal, and also a madcap novel by the Korean author Han Yujoo.

If I was an international publishing house, I’d be scrambling over all rivals to be the one to publish Jamie Marina Lau in my country/territory—I’d want to publish her novel Pink Mountain on Locust Island (that Brow Books is publishing in June), but I’d also want to publish whatever she does next.

And: if I was an international publishing house and I was already digging what Brow Books has been doing up until this point, I’d be keeping a real close eye on the nonfiction books we’re planning to publish over the next year or two or three, especially books from younger and incredibly talented writers.