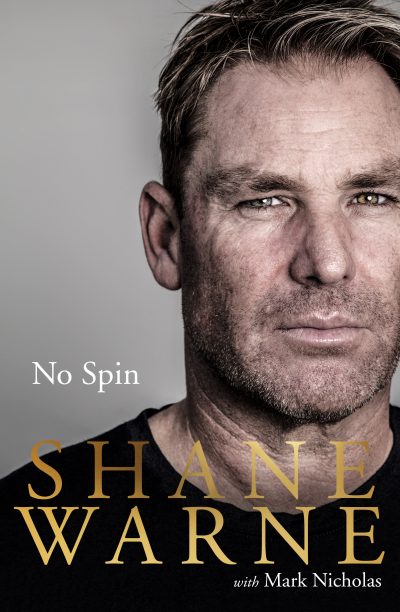 Penguin Random House (PRH) will publish Australian cricketer Shane Warne’s memoir No Spin in Australia and the UK. The publisher said the memoir will cover the bowler’s ‘extraordinary cricketing career and his life off the pitch’: ‘No Spin is the true story behind the headlines, in Warne’s own voice, and challenges some of the enduring myths and untruths that surround him.’ The memoir will be published in hardback by Ebury in Australia and the UK on 1 October.

Scribe Publications has acquired world rights to a biography of post-punk musician Rowland S Howard by Melbourne-based bookseller and writer Gerard Elson titled Something Flammable: Approaching the Ghost of Rowland S Howard. The biography will examine the life and career of the influential Australian musician, who was the guitarist for the band The Birthday Party. Scribe senior commissioning editor Marika Webb-Pullman, who acquired the rights, said: ‘Howard has attained cult status both here and internationally since his death, and I can’t imagine a person better placed to write about him than Gerard.’ Something Flammable will be published in late 2019, to coincide with the 10-year anniversary of Howard’s death.

Scribe has also acquired UK and Commonwealth rights to A Girl’s Guide to Personal Hygiene, a collection of true stories of women’s bodies by the UK artist Tallulah Pomeroy, which will be published in November 2018 in Australia and the UK.

Brisbane author Nicholas John Turner’s debut self-published novel Hang Him When He Is Not There has sold into the UK and Ireland to Birmingham-based small press Splice. UK and Irish rights were negotiated by Martin Shaw, literary agent at Alex Adsett Publishing Services, and acquired by Splice commissioning editor Daniel Davis Wood, who said it was ‘a genuine privilege to bring this dazzling, daring novel to readers on this side of the world’. Turner originally self-published the book in the Australian market in 2016, before approaching Shaw in late 2017 about a future writing project. ‘I replied that first off I really should look at his first book … and I was completely taken aback,’ said Shaw. ‘The intensity of reading experience that [Hang Him] affords is simply astonishing.’ The UK and Irish edition of Hang Him When He Is Not There will be a lightly revised version of the self-published text and will be released in the UK and Irish markets in October.

Melbourne-based independent publisher Transit Lounge has sold world English-language rights (ex-ANZ) to Jane Rawson’s 2017 novel From the Wreck. Picador UK associate publisher Ravi Mirchandani acquired rights to the literary speculative-fiction novel, which he described as ‘a remarkable feat of both writing and imagination’. Transit Lounge publisher Barry Scott thanked ‘those Australian writers that truly loved the book and helped to promote it to overseas publishers’. Scott also credited UK book blogger Simon Savidge of Savidge Reads for helping promote the book to a British audience: ‘Simon raved about the book and couldn’t understand why it wasn’t available overseas.’ From the Wreck is slated for an April 2019 release in the UK.

University of Queensland Press (UQP) has acquired world rights to Western Sydney poet Omar Sakr’s forthcoming poetry collection, The Lost Arabs, with publication scheduled for April 2019. Sakr, who is the poetry editor at the Lifted Brow magazine, said he was ‘looking forward to working with poetry editor Felicity Plunkett on the final stages of this manuscript to put forward the best possible version of it’. Sakr’s previous book These Wild Horses (Cordite Books), was shortlisted for the 2017 Queensland Literary Awards and the 2018 NSW Premier’s Literary Awards.

Allen & Unwin (A&U) has sold world French rights to Karen Viggers’ forthcoming novel, The World Beneath the Trees, to publisher Les Escales, following the Melbourne author’s exceptional sales record in the French market. The French edition of Viggers’ The Lightkeeper’s Wife, also published by Les Escales, represent the majority of the author’s sales which, according to A&U rights and international sales associate Emma Dorph, was due to influential French bookseller and television book commentator Gérard Collard’s promotion of the book as one of the ‘books of the summer’ in 2016. Les Escales hopes to publish The World Beneath the Trees close to the local Australian release date of February 2019.

A&U publisher Kelly Fagan has acquired ANZ rights to a memoir by Australian musician and broadcaster Clare Bowditch in an eight-publisher auction negotiated by Pippa Mason at Curtis Brown Australia. Fagan described the memoir as ‘warm, witty and incisive’. ‘This is a memoir, but it’s also a call to arms for women everywhere to start talking about the things we never talk about but should,’ said Fagan, who predicted the book would generate the same cult‐like devotion of an Elizabeth Gilbert or Clementine Ford. Bowditch’s memoir is scheduled for release in October 2019.

PRH Australia has acquired Sydney teenager Vivian Pham’s debut adult novel, The Coconut Children in a deal negotiated by Benython Oldfield from Zeitgeist Agency, after a ‘heated’ auction involving several publishers. A love story set in south west Sydney in the 1990s, the novel focuses on Vince, ‘a good-looking, charismatic teenage boy’ just out of juvenile detention, and Sonny, ‘a studious, innocent teenage girl who longs to escape her stifling home life’. PRH commissioning editor Lex Hirst called The Coconut Children ‘an incredibly powerful ode to modern Australia’. Seventeen-year-old Pham, who is currently writing a second novel is a graduate of the Sydney Story Factory’s 2017 novella program. The Coconut Children will be published in 2020 under the Vintage imprint.

Dervla McTiernan’s debut crime novel The Ruin (HarperCollins) has been optioned for film by production company Hopscotch Features in a deal negotiated by Curtis Brown agent Tara Wynne with Hopscotch head of production Maeva Gatineau. Hopscotch producer Andrew Mason—whose credits include The Matrix, Dark City and The Water Diviner—is also on board for the project. ‘The Ruin is one of the best debut novels we’ve read—a tensely moving page-turner from a crime writer on everyone’s list to watch,’ said Gatineau. Hopscotch also has plans for a feature adaptation of Anna Funder’s award-winning All That I Am (Penguin).

Text Publishing has acquired world rights (ex UK) to Ellena Savage’s debut essay collection, Blueberries, via Daisy Parente at Lutyens & Rubinstein. Blueberries is a collection of essays exploring themes of class, crime, place, gender and knowledge. Text editor Alaina Gougoulis described it as ‘in the mould of writers like Maggie Nelson, Rebecca Solnit and Eula Biss—which is to say, outside of any mould at all’. Gougoulis told Think Australian: ‘It’s both memoir and an interrogation of memoir—Ellena has a new way of looking at the world, and a new way of telling stories. Hers is the kind of writing that inspires evangelism.’ A publication date for Blueberries is yet to be confirmed.

Other recent Australian rights sales and acquisitions include:

Fremantle Press has sold German rights to Marlborough Man (Alan Carter) to Suhrkamp via Natasha Solomun at the Rights Hive, Clive Newman at the Newman Agency and Haas & Herbach; and Slovenian rights to Dropping In (Geoff Havel) to Miš Založba.

Black Inc. has sold Vietnamese rights to The Big Four: The Curious Past and Perilous Future of the Global Accounting Monopoly (Stuart Kells & Ian Gow) to Saigon Books Cultural.

Golvan Arts Management has sold ANZ rights to The Real Life Salon (Doris Brett & Kerry Cue) to Pan Macmillan for publication in May 2019.

Michael Carlisle at Inkwell Management has sold world rights (ex China) to a book on the future of US-China relations by Kevin Rudd to US publisher Thomas Dunne Books.

Scribe has sold Czech rights to The Lost Boys (Gina Perry) to Triton; simplified Chinese character rights to Why Aren’t We Dead Yet? (Idan Ben-Barak) to Chongqing University Press; Spanish rights to A Perfidious Distortion of History (Jurgen Tampke) to Ediciones Palabra; English-language rights in India to Digital vs Human (Richard Watson) to Manjul Publishing House; and English-language rights in India to Aware (Daniel Siegel) to Jaico Publishing.