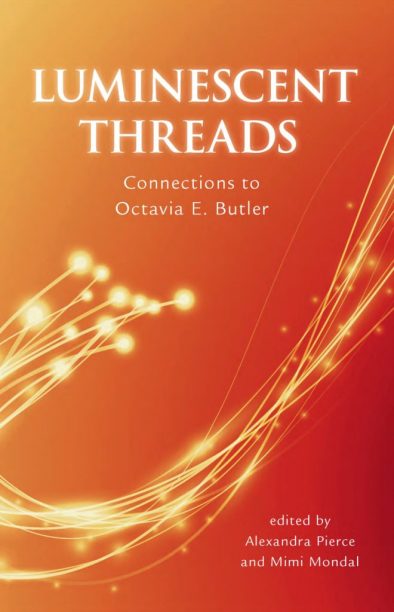 An anthology by Australian speculative-fiction publisher Twelfth Planet Press has won a 2018 Locus Award for science-fiction and fantasy, announced at a ceremony in Seattle, in the US, on 23 June.

The book was chosen from a shortlist of 10 and was one of 17 winners in categories that also included science-fiction novel, fantasy novel, YA, first novel and novella. To see all the winners, click here.

Twelfth Planet Press publisher Alisa Krasnostein and senior editor Alexandra Pierce said they both felt ‘very proud that [their] tribute to a pivotal figure in the science-fiction genre is reaching a wide and appreciative audience’. ‘It’s especially gratifying for an independent Australian publisher to be playing on an international scale and prove ourselves so integral to the science fiction landscape. Through our international collaborations with like-minded people (many of the contributors to the anthology, and co-editor Mimi Mondal, are not based in Australia), we are able to publish work that unites, interrogates and inspires,’ Krasnostein and Pierce said.

Twelfth Planet Press previously won the Locus award for nonfiction in 2016 for another anthology, Letters to Tiptree (ed by Pierce & Krasnostein), a collection of letters written in celebration and recognition of feminist science-fiction writer Alice B Sheldon, who wrote under the pen name James Tiptree Jr.

Launched in 1971, the Locus Awards for science-fiction and fantasy are voted for by the readers of Locus Magazine.