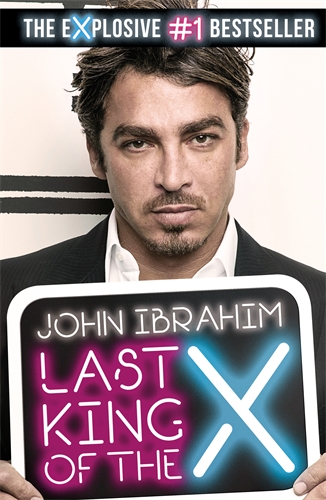 John Ibrahim’s memoir Last King of the Cross (Pan) has won the inaugural Danger Prize, awarded for the best book, film or TV drama about Sydney and crime.

Open to work first published or screened in the 2017/18 financial year, the winner was announced at the opening night of the Bad Sydney Crime Writers Festival on 31 August.

Chair of the judging panel Mark Morri said: ‘The judges found the book lively, and also informative. It’s in the tradition of immigrant autobiography, but takes that in some interesting directions. It tells us a lot we didn’t know about how Sydney worked in recent decades.’

Last King of the Cross was chosen from a shortlist announced in August, which included three true crime books and one television miniseries.

The Danger Lifetime Achievement Award was posthumously awarded to Peter Corris, author of the iconic Cliff Hardy series of detective novels. In an acceptance speech prepared a week before the prize was to be presented, Corris wrote: ‘I am happy to say that, although worn down by time and illness, I am still alive … my thanks to the organisers of this award, which is all the more welcome as I understand it is to be in liquid form.’ Sadly, Corris died the day before the award was presented.