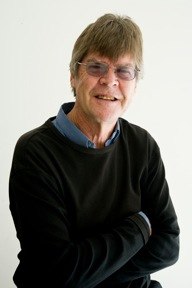 Corris was the author of almost 90 books, including more than 40 in the Cliff Hardy series of crime novels. His final book and 42nd novel in the series, Win, Lose or Draw (A&U), was published last year. Corris’ other crime series include the Richard Browning, Ray Crawley and Luke Dunlop series, and he also wrote books ranging from historical fiction to biography.

After earning a PhD in history, Corris had a brief career as an academic and teacher until 1975, when he turned to journalism. After publishing his first crime fiction novel, he decided to become a full-time writer in 1982.

Allen & Unwin was Corris’ publisher for more than 30 years. The publisher said in a statement, ‘He will be missed by all at Allen & Unwin, and by everyone who worked with him over his long and distinguished career’.

‘I first became friendly with Peter in the early 80s, when he gave me his first two Cliff Hardy manuscripts to read. At that early stage Allen & Unwin did not publish fiction and I reluctantly had to pass. A couple of years later though we had dipped our toes into the fiction pool, and persuaded Peter to give us a go with his fourth, The Empty Beach, which of course became a film with Bryan Brown, about which Peter had mixed feelings but gave a big boost to Cliff Hardy. So continued an author-publisher partnership for over three decades—longer than many marriages, though like many marriages there was a rocky period in the middle! Over this time and over 42 books Cliff Hardy acquired legendary—I hate to use the word iconic but probably should—status, “battered, bloody but unbowed” and the Godfather of Australian Crime Fiction moniker became attached to Peter.

‘The Cliff Hardy series may have been Peter’s most enduring creation, but he produced as many books again—crime and sagas, but nonfiction also with some noted biographies and sports titles. Versatile, professional, humble, supremely likeable, and so long a part of Allen & Unwin that it will take a long time for us to accept that Peter has gone. Last weekend, I had the sad but proud duty to collect the Lifetime Award from the Sydney Crime Writers Association for Peter, a sadly appropriate and well deserved final tribute.’