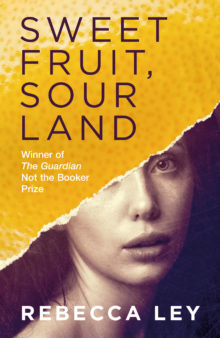 Judges overruled the public vote, which showed Ariel Kahn’s Raising Sparks (Bluemoose Books) to be the public favourite, saying that they ‘felt that Kahn’s novel, for all its virtues, relied too much on coincidence, contained too much exposition and didn’t quite realise its attempts at magical realism’.

Kahn’s novel follows a young woman who flees from her traditional family in Jerusalem and falls in with a sinister cult.

Ley’s novel was preferred by the judges for its ‘stark poetry and sincerity’. Judges also noted that ‘this novel rewarded rereading more than others on the list’.

Set in a dystopian London destroyed by famine and shortages of material goods, Sweet Fruit, Sour Land is about a dressmaker drawn into the only surviving circle of luxury left in the city.

The winner of the award, which has the same criteria as the Man Booker Prize, will receive a Guardian coffee mug.