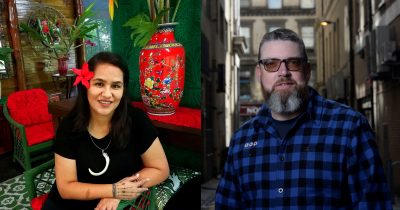 Young, a columnist and the author of ten books, said: ‘I am humbled to receive this recognition and express my thanks to the New Zealand Society of Authors—Faafetai tele lava [Samoan: Thank you so much]. As a brown woman who writes—oftentimes from the margins and smashing gates as I do so—I have seen the transformative power wrought by stories written by us, about us, and for us, as our communities the world over revel in books they can see themselves in, that they can embrace as their own.’

Scottish-born McIlvanney, who won the Ngaio Marsh Award in 2014, said: ‘I am stunned and delighted to receive this honour … It testifies to the ongoing vitality of the crime fiction produced in this country and, on a personal level, it’s a very special moment for this transplanted Scot. I am due to become a New Zealand citizen at a ceremony in Dunedin on 19 February, and to receive this literary honour in the same month is deeply moving.’