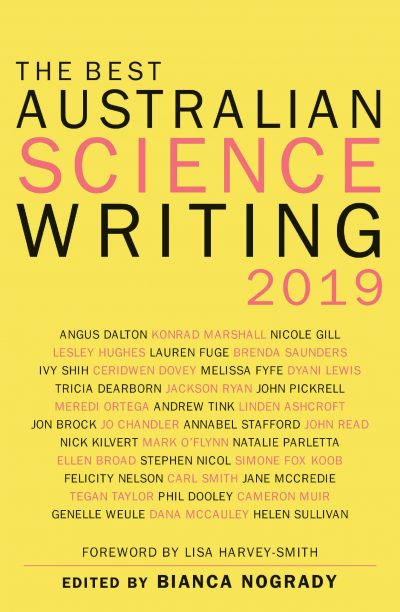 Fyfe receives $7000. Her winning article describes the work of urologist Helen O’Connell in her mapping of the anatomy and physiology of the clitoris, which she found to be at least twice as large as most anatomy texts show.

The runners-up, who each receive $1500, are ‘Ghost species and shadow places’ (Cameron Muir, Griffith Review) and ‘How CRISPR could save six billion chickens from the meat grinder’ (Jackson Ryan, CNET).

All shortlisted pieces will be published in the forthcoming anthology The Best Australian Science Writing 2019 (ed by Bianca Nogrady, NewSouth).

The Bragg UNSW Press Prize for Science Writing is presented by NewSouth Publishing for short nonfiction pieces of science writing that have been written for a general audience. It is named in honour of Australia’s first Nobel laureates, William Henry Bragg and his son William Lawrence Bragg.

For more information about the prize, visit the NewSouth website.