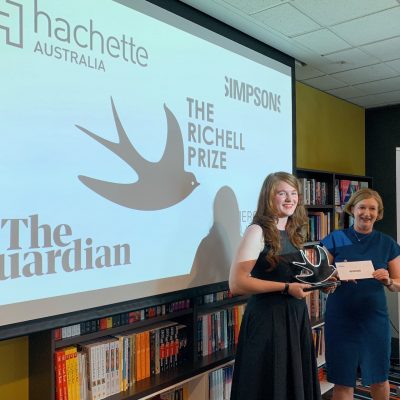 Melbourne-based writer Else Fitzgerald has won the 2019 Richell Prize for her entry ‘Nearly Curtains’.

Set in a future marked by climate change, the collection of short stories explores the reactions of different people to the climate crisis.

Judges said of the collection: ‘The strength of “Nearly Curtains” is more than its beautiful prose, characterisation and concept: here is an emerging writer who has captured the heart of humanity in crisis with such insight that it feels like a revelation.’

Fitzgerald was chosen from a shortlist of six and a longlist of 21. She receives $10,000 and a mentorship with a Hachette publisher to help develop the work to publication.

In total, 704 entries were submitted for the prize. Applicants were required to submit the first three chapters and a synopsis of a proposed work of adult fiction or narrative nonfiction. One of this year’s shortlisted authors, Sara El Sayed, recently had her debut memoir Muddy People acquired for publication by Black Inc.

Now in its fifth year, the Richell Prize was created in memory of former Hachette CEO Matt Richell, who died in 2014.

The Guardian has published an extract of Fitzgerald’s book online here.