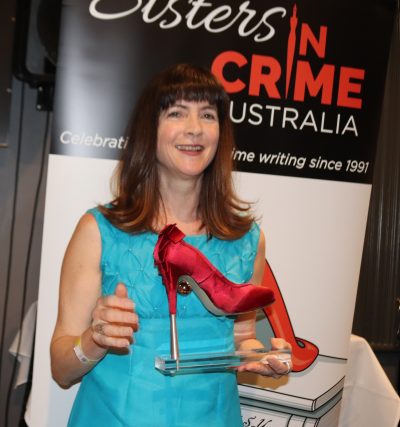 The winners of the 2019 Scarlet Stiletto Awards, presented by Sisters in Crime, have been announced.

Melbourne-based writer and former Herald Sun books editor Blanche Clark won the $1500 first prize for her short story ‘At Length I Would Be Avenged’, as well as the $1000 Body in the Library Prize.

Other winners on the night included:

Chosen from 184 applications, the winners were announced at an event hosted by actor Geraldine Hakewill, held in Melbourne on 23 November. A total of $10,060 in prize money was awarded across all categories.